Protecting the Rights of People at the Crossroads 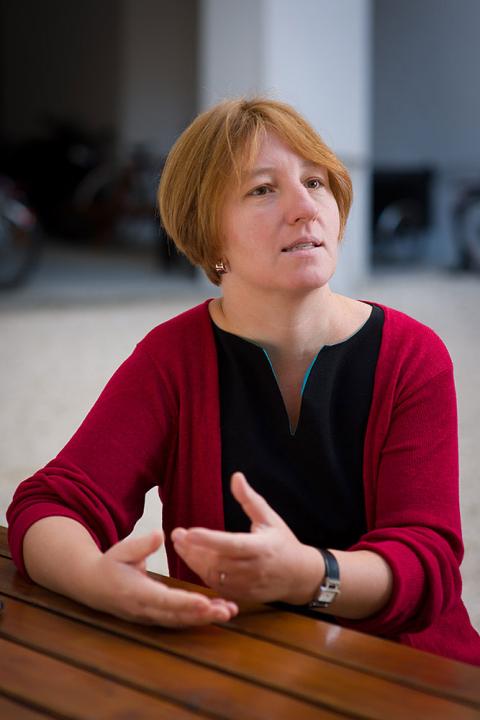 European countries strive toward equality, protecting citizens against discrimination by race, gender, age, disability, religion and sexual orientation. But what about Roma women? Disabled migrants? Elderly Muslims? People who belong to more than one disadvantaged group have a different experience, requiring special attention, according to Andrea Krizsan, research fellow at CEU’s Center for Policy Studies.

“If we protect all of these, we must protect those at the crossroads,” Krizsan says. “We don’t think about how these meet – about disabled women, or migrant women. There are hopes and expectations [that European countries will do so].”

The juxtaposition of different inequalities is called intersectionality, a concept that emerged in the U.S. in the late 1980’s, when researchers and activists realized that neither the women’s rights movement nor the civil rights movement was able to appropriately address the experience of black women.

Krizsan’s research analyzes the ways in which European countries do or do not deal with intersectionality via their equality institutions. Her research, with colleagues, resulted in a new book, “Institutionalizing Intersectionality: The Changing Nature of European Equality Regimes,” which she edited with Hege Skjeie of the University of Oslo and Judith Squires of Bristol University. They analyze how European equality policy regimes changed during the last decade, not only accommodating a sensitivity to gender inequality, but increasingly focusing attention on inequalities of race and ethnicity, disability, age, sexual orientation or religion.

New European Union member states only have a very short history of building equality institutions, yet they have often been the best students of European integration. Krizsan will soon publish a paper on this issue in 10 Central and Eastern European countries in the journal “Social Politics.”

Romania and Bulgaria, the two most recent EU entrants, are among the countries at the forefront of this issue. Romania’s National Agency for Equal Opportunities Between Women and Men worked closely with Roma women’s groups to amend equality policies. The cooperation resulted in new legal clauses, marking one of the first times when multiple discrimination was recognized as a related but separate issue in formal policies, Krizsan says.

The countries of Europe respond very differently to the challenge of having to address a variety of inequalities. Some choose to continue prioritizing gender inequality, others aim for symmetrical protection for all inequality categories, and others design complex architectures to respond to similarities while also taking specific features into consideration.

The choices do not follow the traditional north-south, east-west divisions. Strength of civil society mobilization, historical and institutional legacies in prioritizing ethnicity over gender, and diversity over focus on single inequalities are some of the factors that shape and reshape European responses to the challenge of intersectionality.

The U.K., for example, merges its institutions related to ethnicity, gender and disability , and Norway also follows this integrated model. Finland, Belgium, Spain, and Slovenia, meanwhile, maintain a higher or separate priority to gender, saying that women are not a minority, so this is not a minority issue.

Neither model guarantees that intersectionality will be addressed, Krizsan says, but the different models provide different opportunities for groups at an intersection between inequalities to have their problems addressed.

“Now, intersectionality is on the European arena,” Krizsan says. “There are entry points now, different ways to bring it in, so that countries can be more sensitive, and then provide better protection.”