Cars and Cashews: Consumer Culture Behind the Iron Curtain 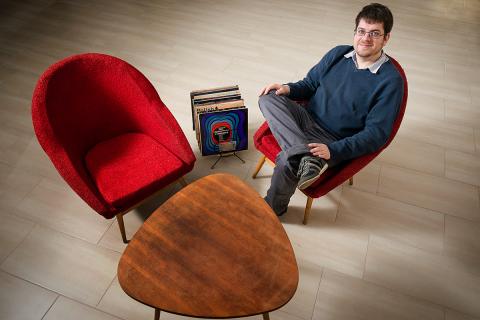 To the West, the “Iron Curtain” meant a draping of much of Central and Eastern Europe with ideology utterly foreign to democratic and free market concepts. However, a vibrant consumer culture thrived in the region, encouraged by Soviet leader Nikita Krushchev, who believed that socialism could beat capitalism even in the drive for material wealth, traditionally considered a capitalist trait.

“Though all of these states used consumption in varying forms as a legitimating tool, this was arguably more critical in Hungary, where the revolution had so violently shaken the regime and society,” said Tamas Dombos, a doctoral student in CEU's Department of Sociology and Anthropology and junior research fellow at CEU's Center for Policy Studies. “Official newspapers and magazines were full of practical advice on how and what to consume: home decoration, fashion, cooking, cars and DIY tips were among the most common topics.”

Dombos became interested in consumer culture while working on a research team as an undergraduate. He continued his studies as a master's student at CEU, investigating the moral debates surrounding consumption in both communist and contemporary Hungary. In 2012, Dombos and a colleague published “Kids, Cars or Cashews? Debating and Remembering Consumption in Socialist Hungary,” a chapter within the volume “Communism Unwrapped: Consumption in Cold War Eastern Europe”

“From the 1960s to the early 1980s, we had these lifestyle debates in Hungary in the public sphere. These debates played out in various newspapers among a wide range of participants and readers,” Dombos said. “A newspaper or journal would publish an opinion piece and people started writing responses. Ultimately there was a summary – a conclusion which kind of told people: this is what you should think.” The conclusion always toed the party line, even if the publications officially did not belong to the party.

One of the most infamous of the discussions was called the “fridge socialism” debate, referring to the influx of new consumer goods. Hungarian poet Mihaly Vaci responded to this influx, part of a Soviet program that embraced consumption as a virtue, noting the loss of art and culture in favor of goods. Vaci’s piece garnered 130 public responses. Vaci argued that the increased desire for materialistic goods was creating a petit bourgeois class who did not contribute to communal causes but focused only on what worldly goods he or she could acquire. Respondents' opinions ran the gamut, with some vehemently agreeing with Vaci, while others saw consumption as a motivator, urging people to work harder to attain luxury goods.

Another vigorous discussion was the so-called “kid or car” debate, spurred by Hungarian novelist Ambrus Bor in 1964. “Bor blamed the country's flagging birthrate on newly enacted liberal abortion laws, but also the growing interest in ever greater avenues for consumption among the younger generation,” Dombos said. Bor believed that the pursuit of individual happiness via consumption led to selfishness and the inability to commit to raising children.

All the debates were closed with a very clear message from the publications' editors that any negative effects of consumerism were purely the fault of human infallibility, not a result of any failure of the socialist system, Dombos said.