Blog: Children in Hungarian state care: A blessing or a curse? 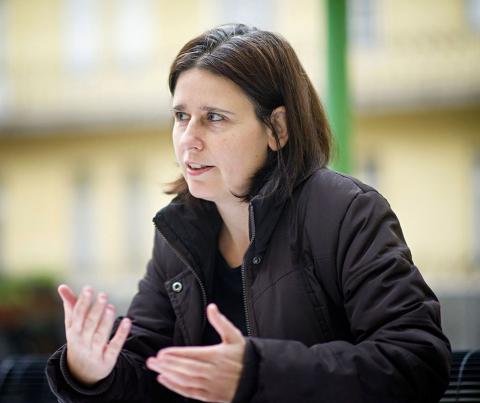 As a researcher I have been doing fieldwork for many years, working on poverty, social inequality, racism, vulnerable populations, etc. During these years, I have seen the lives and everyday struggles of people living on the margins of society and I witnessed living conditions gradually deteriorating due to many external factors, such as political radicalization, the financial crisis, punitive shift in social policy making, etc. Our research on child trafficking, in a way, was a perfect symbol of how things could quickly spiral downwards: children of the most vulnerable families, living in segregated communities or state care, are at the highest risk of becoming victims of child prostitution. It sounds very static, being "at a very high risk", but this situation is everything but static from several aspects. The very state of childhood is dynamic: children go through successive stages of development, and through nourishment and love they can turn into confident adults, with hope and bright prospects for the future. But vulnerable children experience different forms of abuse, violence, and exploitation throughout these stages leading to an adulthood with very murky perspectives. Moreover, unfortunately, the number of children potentially falling victim of child trafficking and prostitution is growing, or at least it is assumed to be growing since there are no reliable statistics, only the personal accounts of social workers who see the lives of these families from up close.

Our research team, consisting also of individuals who either themselves came from such vulnerable communities or worked there, aimed to explore what the most important institutional failures and dysfunctions were that resulted in the non-protection of these children. We interviewed social workers working in child welfare and child protection, policemen and some community members.

Before engaging in a deeper analysis of our collected data, we were stunned by the fact how widespread the phenomenon of children in prostitution was and how little or nothing was done to prevent or stop it by those responsible for protecting children. Our research was looking for structural explanations to understand why people working in these institutions do not or cannot do anything to change the fate of these children.

Ironically, the child protection system is the most dangerous place for these kids: in state care they are even more prone to continue to be or to become victims of pimps. A system that is utterly underfinanced and understaffed also lacks the basic professional knowledge on what to do with children who had been sexually exploited, or to at least recognize that they are traumatized. Without recognizing and caring for their trauma, the system further contributes to their re-victimization and re-traumatization. In some cases it happens that there is a foster home principal, a psychologist or a social worker who would like to intervene and help the traumatized, prostituted child but there are no proper services available for them. There is a huge shortage of places in special foster homes where special care would be available, or at least the children could not leave the premises to fall pray of pimps. "They stand outside of the building waiting for the girls to come out and they take them" – was one of the most frequently heard sentences from social workers. What about the police? Why are they not there to catch the pimps? For many reasons: they don't see these young girls and boys as being in jeopardy. They follow their own protocols and don't treat children between fourteen and eighteen as children but as adults, and subsequently don't see these young individuals in prostitution as being 'endangered'. The result of these institutional failures is that children are criminalized instead of being protected. All this is happening despite the international conventions and directives on child prostitution and trafficking where Hungary is a signatory.

On a final note, it's worth highlighting how our research findings were taken by local stakeholders. We organized workshops with people working locally in these institutions and it became evident that all these well-intended professionals suffer from these structural failures, and they cry for help, for reform, for some financial assistance, for professional trainings, in sum, real changes so that they could do their best to protect and help vulnerable children.

Trafficking of women and children: The situation in Hungary and Vietnam