Blog: Projects, Plans and Policies - how can innovative thinking be used to implement policy 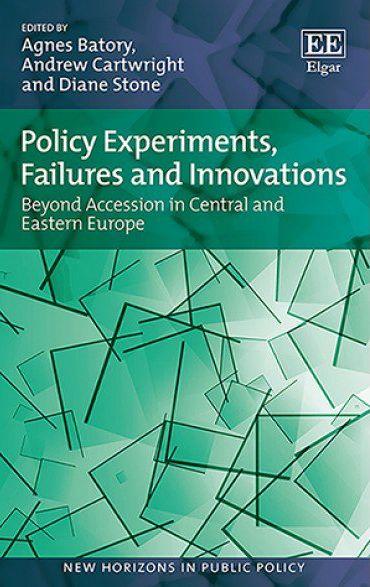 This odd looking construction is an EU funded lookout tower. It can be found in a village in southern Hungary and, officially, it is part of long term efforts to help diversify the rural economy by creating infrastructure to support tourism, in this case, attracting birdwatchers. For the locals, it is also a bus stop. It made the news as a prime example of Hungarian ingenuity as well as a certain source of pride for being able to get one over EU strictures. Unlike in the wealthier parts of Europe, in central and eastern Europe, EU structural funds make all the difference to when it comes to GDP growth and the size and direction of public investment. Once the central government has found the necessary matching funds, there is almost nothing left over which is not tied to the various Economic Competitiveness, Human Resources or Regional Development plans. Anyone seeking public support for investment, whether a local mayor, school or private company, has to work with this system of Action Plans, horizontal objectives, tenders and open calls. To succeed, they need to learn the art of the project with its baseline indicators, outputs and outcomes. In recent years, as the mayor had found out, there was no money for bus stops. There were funds though for look-out towers.

Projects have long been the preferred means for implementing EU policies. In central and eastern Europe, where there is a long history of innovation and resourcefulness when it comes to fulfilling central plans, there is even talk of a new emerging project class. As the cult Hungarian film The Witness showed, sometimes a lemon can be turned into an orange even if it still looks and tastes like a lemon. What saved the day for the officials was convincing the 'evaluators' that it was a Hungarian orange. As the contributors to our book demonstrate, the recent history of adopting policies from outside required a careful, sometimes painful and often multi-party interpretation as to whether it could be made to fit. In some instances, policies that were hawked around the region were found wanting and with for example, pension privatization, they ended up being rejected outright.

At the same time, there were plenty of examples of outside policies that were not only incorporated but that went on to assume a life of their own, unbounded by the original intentions of their designers and refashioned into brand new entities. Cross border institutions were used to enhance ethnic solidarity whilst overseas development programs were branded as a great way to promote Hungarian exports. In this respect, the question becomes just should be counted as a policy success and a policy failure? What should be the outcome that decides such a question? With the Hungarian bird watching station for example, should we ask the original planners whether they had such an object in mind or, alternatively, ask the villagers whether or not they are happy with their new bus stop?

The volume 'Policy Experiments, Failures and Innovations', edited by Agnes Batory, Andrew Cartwright, and Diane Stone is soon out!