Blog: When knowledge travels from East to West and research influences practice 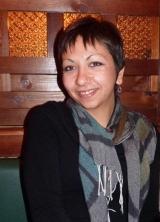 By Jelena Jovanovic, a Policy and Research Coordinator at the European Roma Grassroots Organization (ERGO) in Brussels, Belgium and a Research Affiliate at the Center for Policy Studies, Central European University in Budapest, Hungary.

Jovanovic's post is about how knowledge originating from ‘the East’ is and should be reshaping and disturbing the supremacy of ‘Western academia’, and how research here can inform policies in other parts of the world.

My research adventure after I completed the Master’s program in Gender Studies at Central European University happened at the CEU Center for Policy Studies. The research I conducted in 2014-2015 focused on how specific policy discourse - Serbian policy discourse on trafficking in Roma - impacted the anti-trafficking policy implementation in the country. The project included desk research and interviews with relevant policy actors on the national and local level in Serbia, and resulted in two reports and two briefs published by the CEU Center for Policy Studies.[1] The aim of this piece of writing is to share the story of how research results can travel from ‘East’ to ‘West’ and be put in practice, and how the knowledge academia generates can have an impact years after research results are published.

Two years after we published the results of the research, I find myself in Brussels, employed as policy and research coordinator at the European Roma Grassroots Organization (ERGO) Network.[2] My first job was to travel with my new colleagues to Barcelona and help organize and implement a week-long summer academy for young Roma. This is where I learned some specific participatory methods that my organization uses in all sorts of knowledge exchange activities with different European and national stakeholders. About a month later, a request was forthcoming from the Municipality of Amsterdam for an ‘expert on Roma culture’ to host and organize a workshop about trafficking in Roma children. I felt that this would be an excellent opportunity for me to explain that they do not need an expert on ‘Roma culture’, but rather someone who knows anti-trafficking policies and institutional structures, forms of trafficking etc., and at the same time, someone who can challenge the construed relationship between trafficking and Roma, misconceptions that are too frequently based on well-known imaginations about us. They needed someone, I was sure, who could explain how these preconceptions can affect the implementation of anti-trafficking policies, how they can deprive Roma children of inclusive protection mechanisms, and, most importantly, what we need to do to overcome this problem.

While preparing for the workshop I had to meet a police officer from Brussels who was interested specifically in the links between Roma and trafficking. We had a preparatory meeting of a few hours in her office in Brussels where I learned that our joint engagement will be a combination of two quite different approaches: on the one hand, my critical social science approach based on theory and experiences of Roma and non-Roma people who knew about anti-trafficking policies and were also aware of the social positioning of Roma, and on the other hand, her approach, based on her experience with Roma people as a police investigator and a classical anthropological interest in a group of people.

It was an interesting encounter, starting from me revealing my Roma identity followed by her immediate awareness of how to frame her narratives on Roma and how to talk to me and about us, to my learning about the positions of her and her colleagues about other minoritized people in general, and in Brussels in particular.

The participants of the workshop organized by the Municipality of Amsterdam were people mainly from public institutions (police, prosecutors), but also some representatives of non-governmental organizations from the Netherlands, Belgium and Luxembourg. They liked the format of an interactive workshop, being positively surprised about the level of engagement expected of them. It seems that participants from public institutions were not used to participatory methods and they were motivated to share their views and experiences. We discussed the possible factors they believe put Roma children at risk of human trafficking, focusing on whether there are specific factors that make Roma children more at risk than others. We talked about prevention measures and whether there are specific forms of trafficking where Roma children victims are (over)represented. We also discussed ways of identifying Roma children victims of trafficking, and challenges of as well as ways of overcoming the challenges to victim identification. The interaction provided a possibility and a space for these participants coming from state institutions to explore the role of institutions and organizations in the anti-trafficking policy mechanisms.

Taking into account many people’s interest in ‘Roma culture’, we also tackled the usual misconceptions, for instance the relevance of talking about ‘culture’ when addressing the fight against trafficking in Roma children. Acting as a facilitator provided me with a space to reflect on the discussions, challenging some of the issues raised, and bringing several new points as food for thought. Going out of my comfort zone I believe was the most powerful tool in this event. For instance I gave examples of how institutions exclude certain children from protection mechanisms because they think they cannot do anything since ‘the culture’ is the problem. I demonstrated how relevant institutions often lack knowledge on anti-trafficking policies, forms of trafficking, the risk factors involved, and how that lack of knowledge complicates things when it comes to Roma. If relevant actors do not know the difference between early, arranged and forced marriages, for example, I showed them how that can make the lives of Roma children only more difficult. I gave my best to challenge the trend of talking about Roma perpetrators rather than trafficked Roma in the European anti-trafficking efforts. I went so far as to explain the background of a Roma person, a close friend of mine, who was a trafficker himself.

Several people approach me after the workshop to suggest continuing to work together on the issue in the future. As an illustration, a German police officer told me that they plan many similar workshops all over Germany and they would be happy if I can engage, because, in his words, many people are not familiar with the things I was talking about. So specific knowledge gained from academic research, coupled with expertise from organizations who know a lot about Roma in their country context (in this instance Germany) creates know-how that is a vital for public officials to do their jobs properly.

There are many lessons learned from this experience. I learned, for example, that Roma trafficked persons, especially those trafficked for petty crimes and sexual exploitation, seem to get arrested much more frequently than their traffickers, who sometimes do not even encounter the police. I also learned that the social background of Roma has not been a concern of the institutions in the anti-trafficking mechanisms. Only if we engage with specific mainstream institutions and we all step out of our comfort zones while sharing knowledge supported with evidence from the ground, can we expect institutions to change their approach. But this was also yet another proof that we need more research in the field.

Contrary to the traditional path of academic knowledge, the research originating from ‘the East’ is and should be reshaping and disturbing the supremacy of ‘Western academia’ due to the fact that knowledge can travel from East to West too, and the Eastern research can inform policies in other parts of the world. Only engagement between different groups and stakeholders can bring about real change.