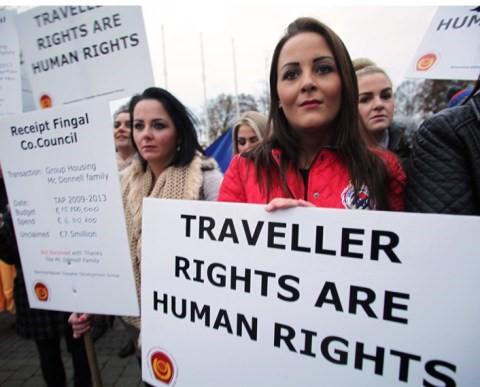 ERRC's advocacy officer Bernard Rorke has written a short article about the failing inclusion policies for Irish Travellers (full content here https://bit.ly/2wWkPE3). As the article shows, more than a year after the Dublin government finally recognized Irish Travellers as a distinct ethnic group, there is still no sign of progress on social inclusion. A monitoring report by Pavee Point* reveals high levels of racism and prejudice, shocking levels of poverty and social exclusion, and exposes the National Traveller and Roma Integration Strategy (NTRIS) as plainly unfit for purpose. While Ireland has garnered much international goodwill in the wake of recent referenda on marriage equality and abortion rights, the country remains a laggard when it comes to tackling anti-Traveller racism and discrimination, with local authorities often the worst offenders. Official ethnic recognition has yet to translate into anything resembling justice and equality.

[…] The Monitor report finds that the State has failed to address anti-Traveller racism at an institutional level. While the state maintains that racism is addressed in the Migrant Integration Strategy, this strategy does not include Irish Travellers, nor does it address the specificities of anti-Roma racism. Neither is there any hate crime legislation in Ireland. Researchers have documented how this legislative lacuna is exacerbated by a lack of guidance and direction to police and prosecutors regarding the recording and prosecution of hate elements which often results in bias motivations disappearing from the criminal justice process. Online hate speech and negative media reporting from some media outlets further adds to the stigmatization of Travellers and Roma, and the Monitor calls for a comprehensive National Action Plan Against Racism.

[…] The monitoring report by Pavee Point comes with practical recommendations about what needs to be done to break with Ireland’s shameful history of racist exclusion, which as Martin Collins put it, “systematically humiliated, degraded and abused” the community for decades. State policies in the past sought to “erode and erase Traveller culture.” On the evidence of this report, state policy in the present is failing to make amends for this history of oppression. Justice demands that the future must be different.

*The report has been prepared as part of the Roma Civil Monitor pilot project, ‘Capacity-building for Roma civil society and strengthening its involvement in the monitoring of National Roma Integration Strategies’. The pilot project is carried out for the European Commission, DG Justice and Consumers. It is coordinated by the Central European University (CEU), Center for Policy Studies (CPS), in partnership with the European Roma Grassroots Organisations Network (ERGO Network), the European Roma Rights Centre (ERRC), the Fundacion Secretariado Gitano (FSG) and the Roma Education Fund (REF) and implemented with around 90 NGOs and experts from up to 27 member states. To access the full report see: https://bit.ly/2PmC7Ru. For reports on other EU Member States see: https://bit.ly/2MGDTjv.