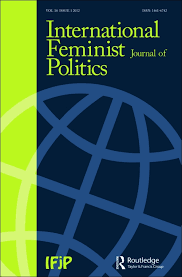 The CEU CPS Routledge publication 'The Romani Women's Movement: Struggles and Debates in Central and Eastern Europe' has its first book review at the International Feminist Journal of Politics by Marta Kowalewska from the University of Edinburgh.

"The Romani Women's Movement is a ground-breaking volume that brings together the voices of Romani women and non-Roma allies to make visible the linked yet heterogeneous experiences, positions, and activisms of Romani women in Central and Eastern Europe (CEE) since the 1990s. The volume fills a significant gap in academia, which has largely ignored the historical and often state-sponsored oppression and violence Romani women have faced and continue to face. As stated by the editors, “the meager recognition paid to Romani gender politics in both the wider Romani movement and the feminist/women's movement has been complemented by a rather modest academic focus on Romani women's mobilization” (1). This volume offers a historical account and critical discussion of a grassroots, transnational movement, the boundaries of which, discursive and otherwise, are continuously shifting. As such, the collection stands as both an act of and call for epistemic, social, and material justice."