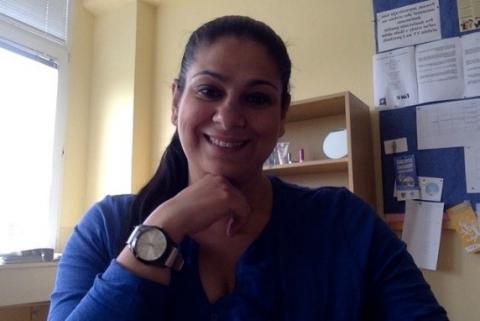 The recently released Roma Civil Monitor (RCM) assessment of the implementation of Slovakia’s National Roma Integration Strategy (NRIS) has found that while the state is willing to adopt policies promoting the inclusion of disadvantaged people generally such as introducing free universal lunch in kindergarten and primary school, desegregating the education system needs to become more of a priority, and the National Roma Integration Strategy could be an important guide.

The civil society groups recommend the authorities focus in future on addressing the complex social causes of problems involving Roma inclusion. One such problem is that of disadvantaged children generally and Roma in particular dropping out of compulsory education - indeed, 2018 data reveal that just half of the Romani children who complete fifth grade actually make it through grade nine also. Instead of enacting sanctions against those with few opportunities to help themselves, which merely reinforces their social exclusion, the groups say the Strategy can help guide future policy to promote the inclusion of Romani children in education.

According to the report, the high share of Romani children unable to complete a ninth-grade education by the age of 16 is caused by a high rate of grade repetition, and such children end up attending the segregated “branch offices” of both private and public secondary schools, located either on the outskirts of municipalities inhabited by Roma or directly in segregated settlements. These schools offer just two-year programs for remedial completion of the compulsory curriculum, which can then be followed by training in how to work in auxiliary positions in construction, food or textile production. This lower level of vocational education is not the equivalent of completing a secondary education, and almost 60 % of the students in such programs for 2017/2018 came from marginalized Roma communities.

Zuzana Havirova (pictured above) of the Roma Advocacy and Research Centre in Slovakia commented on these “branch offices” as follows: “This type of education is not beneficial for anyone. Apart from their poor quality of education and production of graduates from courses that are useless for the labor market, this is also a segregated education. Such education keeps the youth in settlements and provides no avenue to lead them to succeed in the broader society."

Romani children continue to experience inequalities when their parents attempt to access a quality, integrated education for them at an early age. One of the most promising systemic measures according to the assessment - newly  slated for introduction in September 2021, instead of its originally-planned rollout this school year -  is the unified compulsory year of preschool, which it is hoped will also address the low preschool participation of Romani children. Theoretically, this will pressure local administrations to build preschools, and Slovakia has already allocated significant funding for this from the European Regional Development Fund. As of the time of writing, the civil society groups reported that EUR 50 million had been allocated to municipalities with Romani communities for that purpose, and half of that amount had already been contracted. The Education Ministry has also introduced a subsidy to promote impoverished Romani three-year-olds enrolling in preschool, although the RCM report found it was probably not enough money to cover the costs of tuition normally charged by public preschools.

The introduction of universal free lunch for all children as of January of this year during kindergarten (the final year of preschool) was considered by the Slovak team's RCM analysts to be the best incentive designed so far. Other examples of promising practices include NGO initiatives helping parents with their early childcare and education skills, a kind of training that state services do not yet offer. For both preschools and elementary schools, the only assistance currently offered to educators who need extra support staff or a way to fund extracurricular activities comes from ESF projects targeting disadvantaged schools, and the civil society groups found there has been no progress yet on addressing the disproportionately high rate of grade repetition in school districts with many Romani children.

The analysts observed that Slovakia is relying predominantly on criminally prosecuting parents for their children’s absenteeism as a way to combat poor school attendance rather than preventively addressing the root causes of high absenteeism. Being involved with prosecutions and sentencing is yet another obstacle to parents finding employment and better housing for their families, and therefore intensifies the conditions that motivate poor school attendance in the first place.

The issue of Romani children being segregated away from others at all levels of education is unresolved. In the fall of 2018 many public institutions - the ombudsperson, the main state school inspector, the Plenipotentiary for Romani Communities and the head of the state Institute of Psychology – all called on the Government to adopt measures to tackle segregation, citing a lack of progress. In line with the Strategy, civil society groups recommend implementing a comprehensive plan for early childhood and preschool education that specifically targets the most vulnerable children (marginalized Roma included); reforming the parallel “special school” system; spatially desegregating the schools; ensuring all children can successfully complete their compulsory education by age 16; and easing Romani students’ transitions into mainstream secondary schools instead of vocational “branch office” schools.