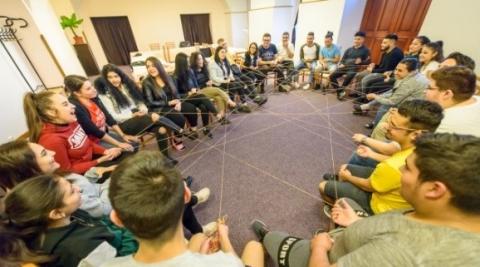 The recently-released second Roma Civil Monitor (RCM) report on the implementation of the Czech Republic’s National Roma Integration Strategy (NRIS) has found that while the NRIS identifies ethnic discrimination as a problem in many areas of Romani life, solutions directly addressing this aspect of inclusion have yet to be implemented. The Government should be encouraged to continue furthering the Strategy especially in this regard.

The reports are part of a project that began in 2017 and is funded by the European Commission for the purpose of strengthening the involvement of Roma civil society in the monitoring of these strategies across the EU. The added value of civil society monitoring is that the coalitions of NGOs participating are in touch with Roma communities and represent an independent voice.

“This report has opened up an exceptional opportunity for representatives of civil society to express their views on the state of integration, the Government’s strategy, and the issue of Romani people in the Czech Republic, in different areas,” said Jelena Silajdžić, the Executive Director of the Slovo 21 organization, which is coordinating the RCM reports in the Czech Republic. “It has been demonstrated that the civil society findings differ, to a great degree, from those of the Government and its individual ministries, which do not consider the NGO sector to be a qualified, reliable partner for the implementation of the existing strategy or for the creation of the new strategy for the next planning period. These reports are forming a basis for further advocacy activity by the coalition of the contributing NGOs about public policy design in the area of Roma integration.”

Many issues raised by the report as impacting marginalized Roma are also part of larger trends the Czech authorities are attempting to address already. When it comes to Romani under-employment and unemployment, for example, the report highlights how the exorbitant fees that can be imposed by collections agents have created situations where many marginalized people find it makes more financial sense for them to avoid formal employment, as debt recovery systems would deprive them of most of their incomes as currently designed. Improving the options for regaining financial solvency so participation in formal employment can become feasible for such people is a main recommendation of the report.

As Zdeněk Ryšavý, the Executive Director of the ROMEA organization, which has contributed to both the first and second RCM reports, says:“In this report we are pointing out the serious problems that persist despite the Government having pledged to implement its strategy for integrating Roma into society and drawing on EU financing to do so. We are communicating information from the civil society sector directly from the field, describing the reality Roma community members encounter in accessing education, employment and housing.” 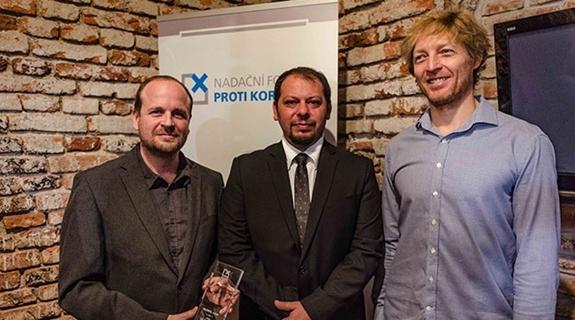 Zdeněk Ryšavý (left) and František Bikár (center) of the ROMEA organization received the Award for Bravery from Karel Janeček (right) of the Anticorruption Endowment in the Czech Republic on 11 December 2017. (PHOTO: Jan Mihaliček)

Some measures adopted to address larger trends have raised constitutional concerns that the Czech courts have yet to rule on. For example, legislation empowering local governments to designate certain areas as zones where state housing benefits cannot be disbursed is one such measure. Originally designed to make it impossible for owners of residential hotels to exploit the recipients of such benefits by overcharging them (and milking the taxpayers through them), the measure has been implemented in very different ways nationwide, including by municipalities whose goal has been to set their entire territories off-limits to anybody in need of housing benefits. The civil society groups call for this approach to be abandoned and for policy to be guided by the Roma Integration Strategy, prioritizing enforcement of the Antidiscrimination Act with respect to ethnic discrimination in housing, requiring municipalities to engage in community planning with Romani residents, and introducing a nationally-binding legislative framework defining the parameters of social housing.

Many piloted activities exist that could be scaled up into national, permanent programs promoting preventive health care to marginalized Roma. Similarly, guided by the NRIS, the civil society groups encourage the state to exponentially increase the requirements and time spent by medical students to train in communication with patients, especially interculturally, and in medical ethics, with a view to improving equal access to health care by Roma community members. The report welcomes the recently-introduced nationwide project on “Support for health in excluded localities – reducing health inequalities” and the community outreach work of Roma health monitors piloted by the NGO sector.

The Czech Labor and Social Minister is interviewed by ROMEA TV on a visit to a socially excluded housing estate in northern Bohemia (2019). (Photo:  ROMEA)

The report also describes how Roma communities can be abused by projects that declare their intentions as that of “integration” but are actually discriminatory and intensify Roma social exclusion. The existence of an antigypsyist mindset that goes unchallenged by authorities is part of this problem. One example is that of a “project day” funded by the European Social Fund in 2014 at a school that advertises itself as a “school for all” in which girls of kindergarten age spent a day learning about how to become “cleaning ladies”. Those who designed the project advertised its benefits on the school’s website as follows: “The profession of cleaning lady is rather attractive for socio-culturally disadvantaged children (girls especially) given its low level of theoretical sophistication.” The school’s press materials about the project even featured photographs of the allegedly “socio-culturally disadvantaged” girls in question.

Education is the area where there is both the most data and the most policy developed in an effort to ensure equal access by Romani children. The report notes that many privately-run scholarship opportunities for Romani people are yielding more results in terms of participation in the Czech Republic than are the Government’s own efforts and analyzes how these approaches differ.

Monika Mihaličková, the fundraiser for the ROMEA organization’s scholarship program, had this to say about the state-managed scholarship opportunities: “The form of support provided by the Education Ministry is not comprehensive and its impact is not being measured. ROMEA, on the other hand, is in its third year of implementing a comprehensive form of support to Roma secondary school students which, in addition to providing direct financial support, offers these students opportunities for mentoring and tutoring, as well as the no less important BARUVAS meetings of Roma students, which emphasize informal education and personal development. The ROMEA program is creating a functional system for support to Roma students that could be adopted at the Government level.” 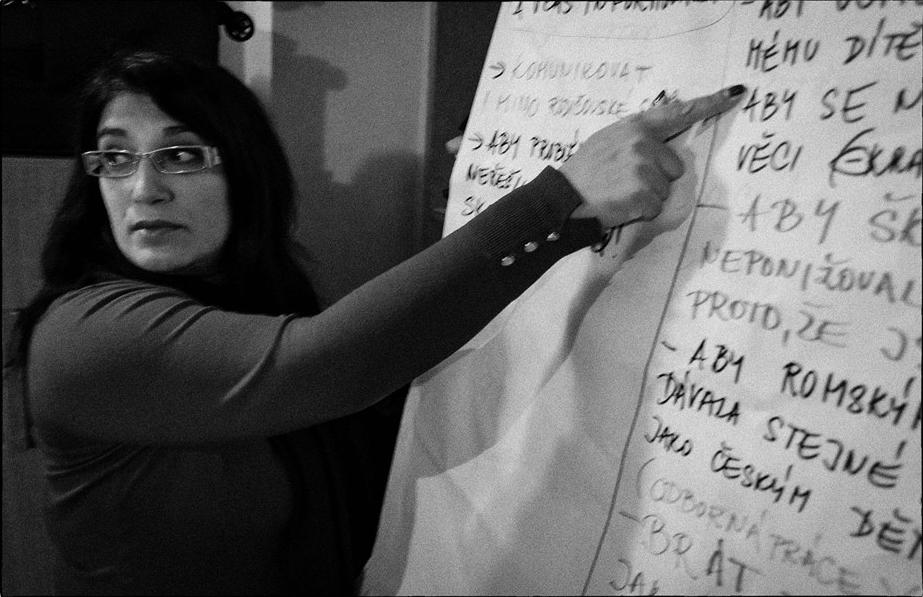 Monika Mihaličková giving a seminar on behalf of the Romano jasnica NGO to Romani mothers about education and how to cope with the problems that Romani children and parents encounter when communicating with schools, Summer 2018. (PHOTO: Jan Mihaliček).

The civil society groups recommend the Government continue to support recent policy moves promoting inclusion by further financing schools to develop their ability to serve multiethnic communities; by training administrators, educators and paraprofessionals to work with children from diverse backgrounds; and by desegregating education, including through closing those primary schools where Roma children are educated in worse conditions than non-Roma with a low success rate of continuing on to secondary education. 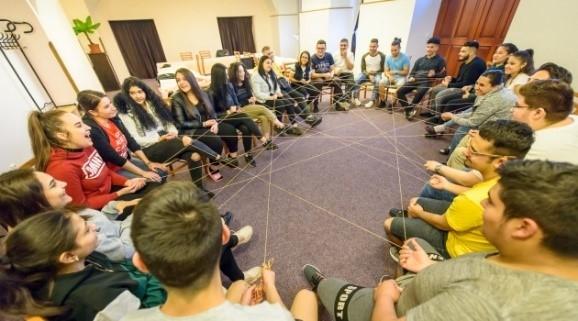