The recently-released second Roma Civil Monitor (RCM) report on the implementation of Romania’s National Roma Integration Strategy (NRIS) has found that while both pro-Roma and Roma NGOs have been advocating for affirmative action to be taken by the Romanian state with respect to Roma jobseekers – along the lines of the disability quota introduced in 2006 – no such affirmative action measures have been implemented yet. Other absent measures include legislation to prevent discrimination in access to housing and to reverse spatial segregation.  There are no effective national policies to improve the substandard housing conditions in which many vulnerable people, Roma included, currently live. Some improvements have been noted with respect to Romanians choosing healthier lifestyles generally, but the health education and prevention programmes in communities and schools are not designed for long-term impact. Roma students continue to be at risk of dropout and poor learning outcomes due to poor attendance rates related to their families’ low incomes; their lack of role models in education; Roma parents’ inability to support the education process and lack of awareness of the impact of education on their children’s future; early marriages; schools not involving Roma parents; discriminatory grading of students based on ethnicity, educators lacking inclusive education skills; and Roma students being excluded from extracurricular activities that would otherwise develop their self-esteem.

“After 18 years of public policies for Roma in Romania, first adopted in 2001, Roma civil society is still asking the Government for a properly elaborated, adopted, funded and implemented National Roma Inclusion Strategy so that a positive change will finally start taking place in Roma communities,” said Florin Moisă, Executive President of the Resource Center for Roma Communities Foundation.

The fact that the Commission is emphasizing monitoring of the impact of national policies on the Roma minority does not seem to have motivated the Romanian authorities to make this an explicit policy issue. For example, within the framework of the Romanian Presidency of the European Council that ended in June 2019, issues related to the Romani minority were only indirectly, tangentially part of the Presidency’s proposed priorities, as expressed by the objectives of “discouraging hate speech” or “promoting… legislative initiatives … for disadvantaged categories”.

The Council of the EU and European Commission’s Joint Employment Report 2018 has already mentioned that “Romania face[s] a critical situation when it comes to early leavers from education and training”,  and that “Romania critically score[s] on the gender employment gap”. Most management positions in Romania generally are held by men, which means all women - Roma women especially – are hired, promoted and paid less than men. A lack of public support services for families with children under three years old and an insufficient number of kindergartens contribute to the gender employment gap as well. 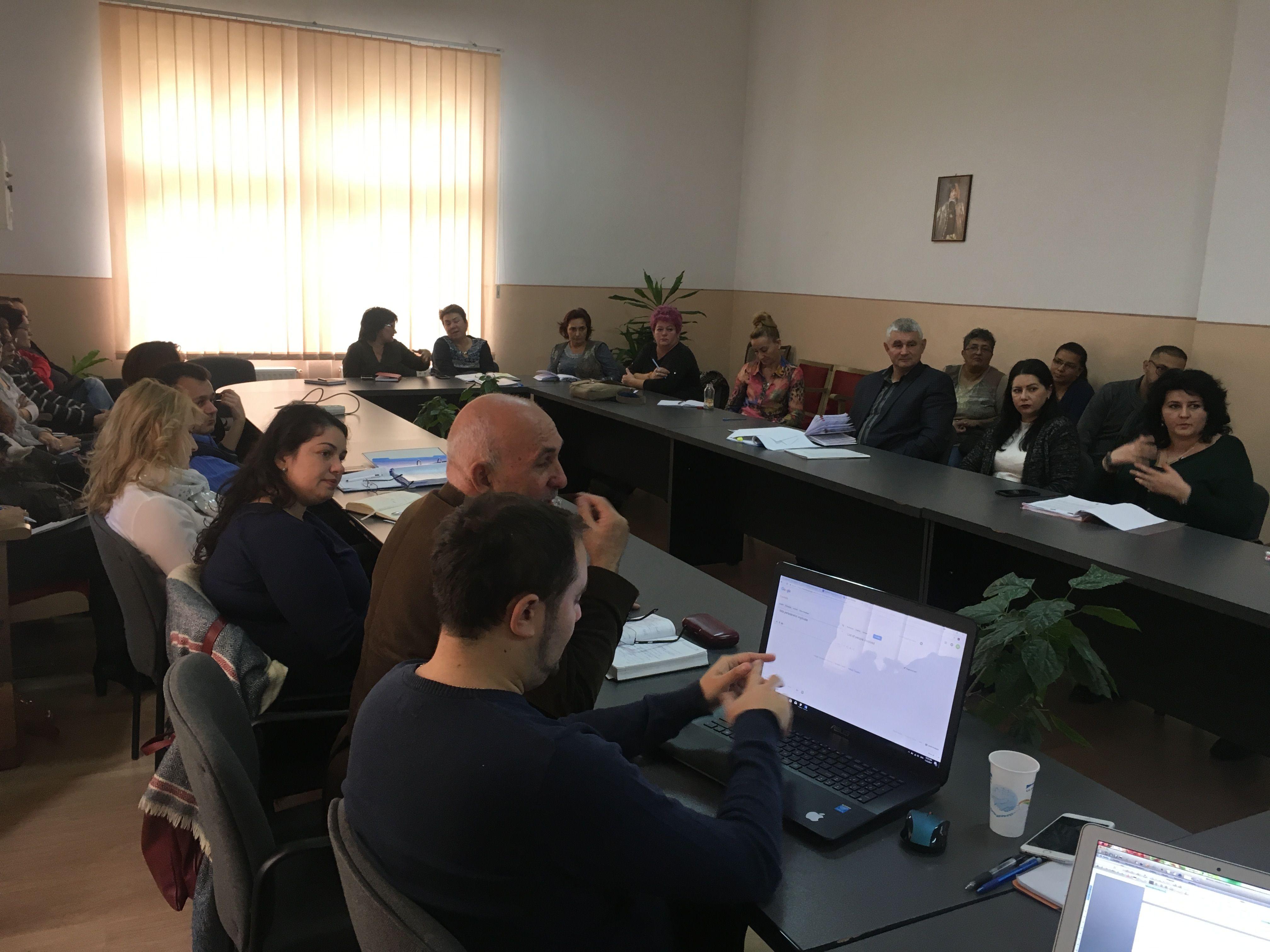 A research project called SocioRoMap has mapped the residential segregation of many Roma in detail in Romania. Physical barriers often exist between Roma communities and the shortest route into the closest village, whether artificial barriers such as fences/walls or natural obstacles such as rivers that have not yet been bridged. Development related to infrastructure is a critical need for all such localities.

Romania increased health-related spending as a proportion of GDP from 3.7 per cent in 2007 to 4 per cent in 2014 and advances in medicine have also contributed to increased access to beneficial medical technologies overall. However, impoverished, marginalized, segregated groups at risk of social exclusion, which the Roma minority undoubtedly is, still find it difficult to access health programmes and services that are costly. This means the inequality they experience in access to healthcare services is actually increasing.

With respect to improving Roma access to education, the main funding to increase the number of preschools and schools in the country has come from EU and Norwegian funds recently. The Norwegian Financial Mechanism ending in 2014 featured a Poverty Alleviation Programme including projects intended to enhance the quality of early childhood development (ECD) services nationwide. Its outcomes were the rehabilitation of 14 kindergartens to include Toy Libraries; the establishment of quality ECD services for children in 11 localities (including a kindergarten programme for 14 kindergarten groups); and innovations in how to develop children’s learning outcomes through community events and the Toy Libraries, as well as improving childcare practices, such as involving caregivers in reading sessions in the home and developing liaisons between caregivers, local communities, and schools. It is not clear whether this pilot programme has impacted the Government’s approach to reaching those Roma children most in need of ECD.

The civil society coalition recommends the Romanian Government undertake the following steps, among others, in order to improve the situation for Roma: