Blog: Did the Hungarian local elections break polarisation and extremism? 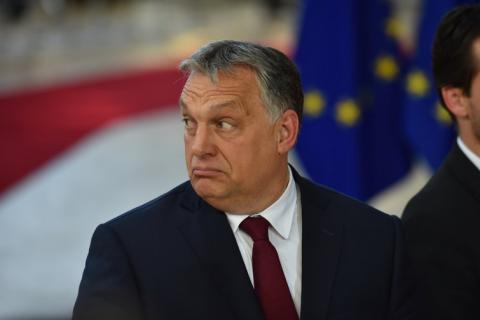 Hungary’s recent elections mark a breakthrough: the paralysing myth of Fidesz’s invincibility has been shattered.

Hungary has been in the headlines for quite some time for its illiberal, populist, anti-democratic and in many respects authoritarian government. But since the local government elections on the 13 October resulted in the governing Fidesz-KDNP coalition losing the capital city of Budapest and many more big cities, the international media and political observers are looking at the country with renewed interest.

Populists everywhere use polarising political rhetoric and policies; and they do it to gain and maintain political power—often quite successfully. Analysis has often asserted that Fidesz’s political success – winning four parliamentary elections since 1989, including winning a two-thirds majority on three occasions – is largely due to its political strategy of constantly being in war with the enemies that they themselves create. The enemies can be internal or external, but they are always the enemies of the Hungarian nation conspiring to destroy the country’s loyal citizenry.

This political stratagem has led to a stark polarisation of the Hungarian population: if you are not a Fidesz supporter you are an enemy of the nation, an agent of foreign forces. Within this context, civil society actors also became an enemy, especially those who work to mitigate racism and extremism, and want to reinforce democratic values, human rights, critical thinking, dialogue and partnership. These words represent values that are missing from the vocabulary of the government and more than that, anyone using them is suspicious and labelled as a liberal, a left-winger, a communist, a foreign agent, or some other derogatory epithet.

Fidesz has in recent years successfully constructed a narrative in which it is the only force that can defend the Hungarian nation – and Europe, as well – against (Muslim) migration, irresponsible European leaders and the Soros civil society network whose aim is to settle migrants in Europe. Hungary has been vigilant and kept safe, according to the government, unlike the deteriorating West, which has been plagued by social conflicts and terrorism arising from the ideology of multiculturalism.

This fear-mongering rhetoric and strategy have been paralleled by the intentional erosion of democratic institutions: revising the electoral system in a way that blatantly favoured Fidesz, restricting the freedom of the press, in addition to persecuting non-governmental organisations and public sphere actors. Apart from the worrying effect on Hungary’s democratic society, many of Fidesz’s actions has made it more difficult to defeat the party in elections. Fidesz’s distinctly anti-democratic governance aims to exert control in the public sphere by curtailing autonomy and centralising authority over various public institutions.

Fidesz is popular and it has a very stable constituency. Nevertheless, its polarising strategy and anti-democratic governance has also created another Hungary: those who feel stigmatised, those who prize democratic and human rights values, those who feel left behind by social policies, those who are tired of living in a constant war-like atmosphere, those who feel they belong to Europe. These disaffected voters demonstrated their presence by voting for an opposition mayor in Budapest, by electing opposition candidates in districts of Budapest, and by supporting the victory of opposition party mayors in ten out of twenty-three major cities (compared to only three in the previous elections).

This election undoubtedly marks a breakthrough; the paralysing myth of Fidesz’s invincibility has been shattered. What happens now, and how will the democratic forces manage to counter-balance the hegemony of Fidesz’s polarising and extremist rhetoric and politics? How will they further mobilize the large numbers of people dissatisfied with Fidesz? These remain unanswered questions. However, there is now a chance to be more active and influential in realising politics and policies that aim to bridge the gaps between various groups rather than constantly deepening them.