The first Roma Civil Monitor (RCM) report for Croatia has found that while political representation for Roma at local and regional level is part of the National Minority Rights Act, this opportunity for political influence is not being made use of as much as it could and capacity-building is needed in the Roma community to empower them to represent their own interests. The Roma minority is the very most vulnerable to discrimination among Croatia’s 22 recognized minorities and there is a lack of effective anti-discrimination actions against their unequal treatment in the country. Not surprisingly, the concept and term of “antigypsyism” is not being used by Croatian civil society, public authorities or other policy actors, despite widespread racism, prejudice and negative stereotypes against Roma there.

“The Croatian Government adopted its most recent Action Plan implementing the NRIS for the 2019-2020 period on 29 August 2019. The current NRIS expires in 2020,” says Roma Civil Monitor researcher Siniša-Senad Musić. 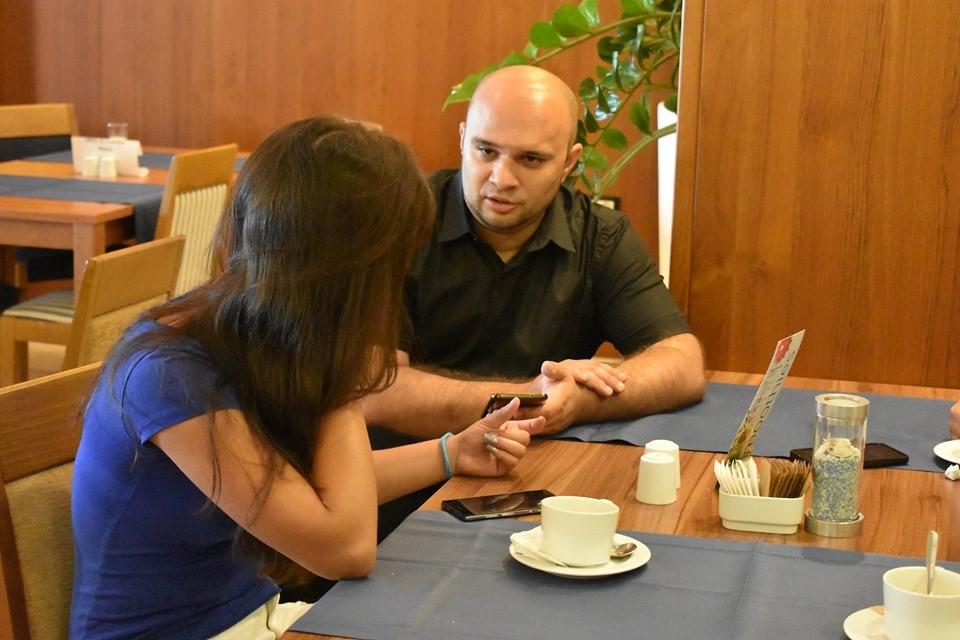 Siniša-Senad Musić at a training empowering Roma youth to monitor implementation of Croatia’s NRIS on the local level held from 3-5 July 2019 in Poreč, Croatia. (PHOTO: Croatian Government Office  for Human and Minority Rights)

The promotion of Roma inclusion in Croatia has been a national-level policy issue for more than 15 years now, with the Government adopting its National Roma Integration Strategy 2013-2020 (NRIS) in 2012 and then developing an Action Plan based on the NRIS for 2013-2015. There is also a committee established at national level to monitor NRIS implementation, the members of which include the Croatian Government’s Office for Human Rights and Rights of National Minorities (OHMR), relevant ministries, and other national level public authorities. The OHMR commissioned an external evaluation of the NRIS and its Action Plan, the findings and recommendations of which were to be used for developing a new Action Plan for the implementation of the NRIS 2016-2018. That evaluation, published in 2015, recommended revising the national strategy in the areas of “Physical Planning, Housing, and Environmental Protection” and “Inclusion of the Roma National Minority in Cultural and Social Life”. After that, there was no Action Plan in place for 2016-2018.

Local and regional governments are recommended to develop their own action plans for Roma inclusion as long as a significant number of Roma reside on the territory as defined by law:  at least 200 Roma need to live on the territory of a local government, 500 on the territory area of a regional government, or Roma must represent at least 1.5 per cent of the population of a self-government’s territory.  Many such authorities have yet to develop such action plans or have developed them too late to be of use in implementing the Action Plan for a particular time period locally. Unfortunately, in many local and regional authorities, the Roma members of local/regional minority councils are not usually invited to attend and contribute to the regular local or regional council meetings.

Darda municipality, located in one of the poorest areas of eastern Croatia, is an example of one of the most generously financed projects in the country recently addressing the situation of Roma, representing an investment of more than EUR 9.3 million from the European Regional Development Fund. When the investment is complete, Roma community members are meant to be able to access 87 duplexes, built at a cost of EUR 3.6 million, while EUR 471 000 is to be invested in a Roma cultural centre. Some of the funding is to be distributed through an open call to the NGO sector, and several active Roma associations expect to be able to finance their local programs through the project.

In the first RCM report, Roma civil society representatives recommended the Croatian authorities involve Roma politicians and the OHMR in developing and approving the new strategic document for Roma inclusion and its related national Action Plan before the current NRIS expires in 2020. That consultation process did happen and was considered a good one by Roma civil society, involving several focus groups and making the document available for public comment.

As for pro-Roma civil society, Roma civil society recommends members of that sector collaborate more closely with Roma civil society in order to empower them to represent their own interests. Other recommendations include urging the Croatian Education Ministry to develop a method for assessing the quality of the education being delivered in the classes and schools in Croatia that are attended by Roma children only.