Since the publication of the second Roma Civil Monitor (RCM) report for the UK, at which time only the Government of Wales had adopted a strategy on integrating Gypsies, Roma and Travellers (GRT), the UK Government has announced on 6 June 2019 that it is planning to develop “a new national strategy to tackle Gypsy, Roma and Traveller inequalities”.  Then-Communities Minister Lord Bourne said: “We recognise that members of Gypsy, Roma and Traveller communities continue to fact some of the steepest challenges in society. […] To bridge these divides and tackle these vital issues, we are launching an ambitious programme of work, to be undertaken across government, which will aim to take the serious disparities…”.

As of this writing, there is no formalised schedule for adopting this strategy – Brexit has been delaying this and many other Government matters – but consultations on it with GRT civil society have indeed begun. “After years of constantly denying the need for a specific GRT Integration Strategy, we are delighted to see that the Government has announced that they will be developing a ‘national strategy to tackle entrenched inequality and improve the lives of Gypsy, Roma and Traveller communities’,” said Adrian Jones of the National Federation of Gypsy Liaison Groups (NFGLG). 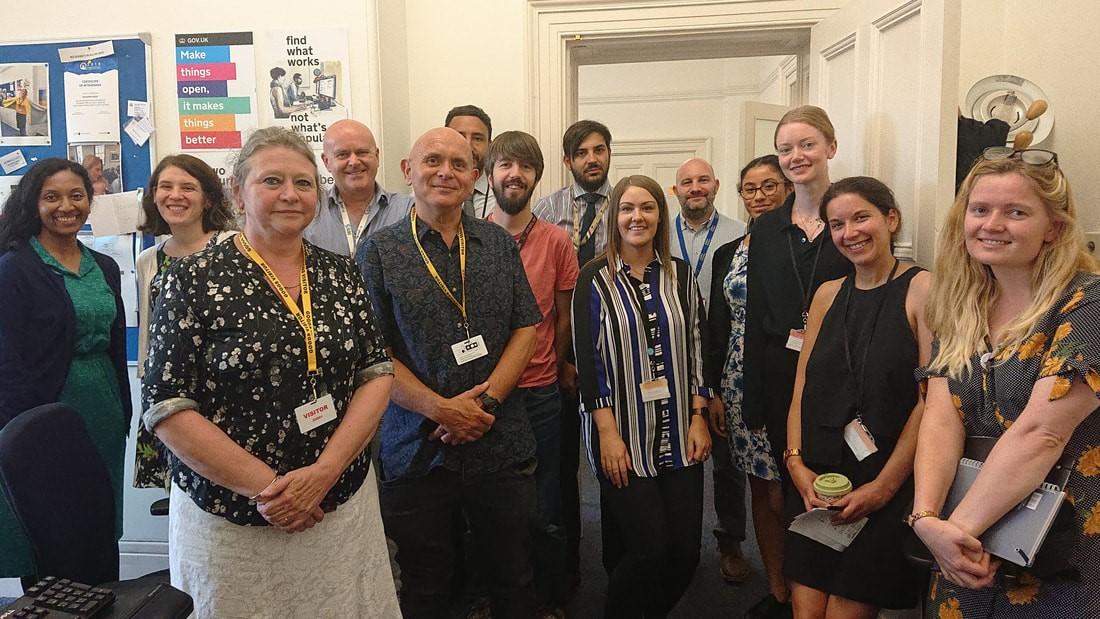 On 2 July 2019, NFGLG Trustee & Coordinator Dr Siobhan Spencer MBE and Policy Officer Adrian Jones gave a very well-received presentation to the Government's Race Disparity Unit on "Key Equalities Issues for Gypsy, Roma and Traveller communities in the UK - What does the data show us?"

The second RCM report found that existing national laws and policies are failing to address the inequalities faced by GRT people in the UK. In 2016, the Committee on the Elimination of Racial Discrimination (CERD) had already recommended the UK develop a comprehensive strategy in consultation with GRT communities to ensure a coherent public policy approach is taken to address the challenges faced by GRT people in education, employment, health and housing and to ensure effective implementation of policy by adopting action plans, instituting effective monitoring, and providing adequate financial and human resources.

The most recent census in the UK in 2011 found Gypsies and Irish Travellers were the ethnic groups with the lowest employment rates and highest levels of economic inactivity. While Gypsies and Irish Travellers are more likely to be self-employed than members of other ethnic groups, current laws make it difficult for them to engage in the trades their community has been traditionally involved in. Research published in 2016 by the UK Equality and Human Rights Commission (EHRC) found Gypsies and Travellers to be one of the most disadvantaged groups in the country.

There are important differences between Gypsy/Traveller people, many of whom wish to live traditionally in caravans, and the immigrant Roma community who tend to not live that way. Roma who rent are very affected by the different kinds of housing markets throughout the UK:  In England, the private rental housing market is practically unregulated, while in Northern Ireland and Wales landlords are required to register with local councils, and in Scotland there is far more regulation of private rentals. As for families who wish to live in a traditional way, their options are fewer and farther between all over the UK, as many local councils have declared large areas off-limits to them.

GRT communities suffer worse health outcomes than other people in the UK, and the reasons why they do are complex. Chronic exclusion is a key factor, as is failure on the part of the health system to proportionately respond to the risk factors for these communities. Mainstream health policies fail to take into consideration the experiences of GRT communities and therefore fail to address their health inequalities.

There is some evidence that Roma children in the English schools tend to drop out during the last two years of secondary schooling (age 14-16). Evidence also suggests that most GRT children do not stay in formal education beyond age 16. Gypsies, Roma and Travellers of Irish Heritage are among the ethnic groups with the highest rates of exclusion from school and also among the ethnic groups performing the worst when it comes to earning secondary school diplomas, which can seriously impede their opportunities with regard to many occupations.

The civil society groups recommend the UK Government fund local programmes to help GRT communities overcome the years of damage caused by their marginalisation in both education and employment. They also recommend adoption of a housing renewal policy to target GRT neighbourhoods that are the most deprived, following the example of the Scottish Government’s housing renewal programme and requiring landlords to register, to meet the “fit and proper person” test for offering property to rent, and for rental properties to meet agreed minimum standards of safety for occupancy, including minimum requirements for heating. With respect to both publicly and privately-owned sites (whether permanent or transit) for Gypsies and Travellers living traditionally, the Government should actively promote the local provision of all options. The National Health Service in each part of the UK (England, Northern Ireland, Scotland and Wales) should clarify the duties of care owed by GPs to GRT patients, especially those with no fixed abode, and must address issues related to continuity of health care for Gypsy and Traveller communities living traditionally. Lastly, national authorities must encourage local authorities to prevent school administrators from encouraging GRT parents to apply for Elective Home Education (home schooling) for their children, especially when to do so would not be in the child’s interest – there are unacceptable reports of schools promoting EHE to the GRT community because administrators believe enrolling GRT children will lower the academic performance of their schools and believe it is a legal way to prevent them from enrolling.