The second Roma Civil Monitor (RCM) report on Luxembourg has found that there is a need for data and information about Roma, Sinti and Travellers from Luxembourg in general, because the only existing approximate estimate of their numbers is already a decade old. There are no data on Roma access to the labour market, housing, health care and education. Luxembourg is home to a total of 170 nationalities and the Roma community is very small, estimated at 300 persons by the Council of Europe in 2012. There are no specifically Roma-targeted policies yet.

The RCM reports are part of a research project that began in 2017 and is funded by the European Commission for the purpose of strengthening the involvement of Roma civil society in the monitoring of Roma integration strategies across the EU.

“I was quite struck by what the National Roma Contact Point representative told me,” says researcher Georgeta Pintilie, “which is that basically nobody knows how many Roma are in Luxembourg. There are reportedly no segregated Roma neighbourhoods, so the representative said the authorities wouldn’t even know where to go to find Roma community representatives.” 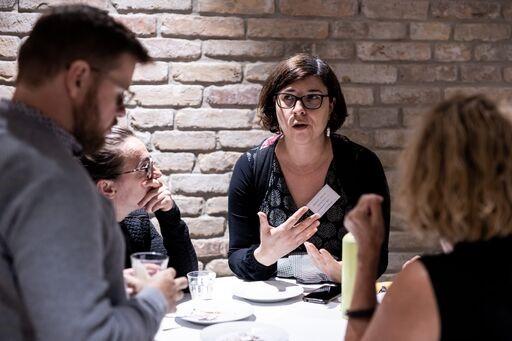 The report relied on both desk research, including Roma-related blogs and local media, and field research consisting of communication/interviews and e-mail exchanges with authorities and NGOs representatives, but just one interview with a Roma person, working in the financial sector who has lived in Luxembourg for two years. That particular respondent had not yet established contact with the Roma community of longer standing in Luxembourg. The researcher was not able to establish contact with anybody from that community by the time of publication.

A 2017 report by the European Commission against Racism and Intolerance (ECRI) about Luxembourg found that “Among migrants with a low level of education, unemployment and poverty rates are relatively high.” It is not known how many Roma in Luxembourg would fall into that category. Luxembourg’s National Employment Administration reported that in 2018, jobseekers under 30,  jobseekers with disabilities, long-term unemployed jobseekers and low-skilled jobseekers benefited from decreasing unemployment rates. However, more detailed information is needed about the situation of the Roma on the Luxembourgish labour market.

Since 2006, Luxembourg law has prohibited direct and indirect discrimination based on religion or belief, disability, age, sexual orientation, race and ethnicity. There is no legislation mentioning antigypsyism and no information about employment discrimination complaints submitted by Roma. The National Reception Agency is entrusted with the implementation of a National Plan for Integration and the Fight against Discrimination for all newcomers to Luxembourg. Again, more detailed information about Roma participation in such schemes is needed.

There is no information about Roma access to housing. Regarding campsite managers in Luxembourg, some incidents from 2010 were reported as discriminatory acts; the ECRI report of 2012 specifies: “ECRI recommends that the Luxembourg authorities combat any discrimination against Roma on the part of campsite managers”. The author of the RCM report was unable to find any more information about Travellers or other caravan dwellers in Luxembourg.

The recommendations based on the RCM report are as follows:  Luxembourg should initiate an in-depth needs assessment exercise on the situation of the Roma community and subsequently adjust its integrated set of policy measures, based on the findings. Roma in Luxembourg should make their voice heard by participating along with the country’s other minorities in events to promote their culture, their language, and intercultural exchanges.