The Roma Civil Monitor (RCM) report for Spain has found that while Rroma in Spain enjoy better access to education today than perhaps at any time in history, the community is still far from reaching optimum levels of political representation. Overcoming antigypsyism so Spanish society in general will accept the Rroma community remains a challenge for the country.

The RCM reports are part of a project that began in 2017 and is funded by the European Commission for the purpose of strengthening the involvement of civil society in the monitoring of integration strategies across the EU. The added value of civil society monitoring is that the coalitions of NGOs participating are in touch with communities and represent independent voices. The report involved in-depth interviews with policy designers in the Ministry of Health, Social Services and Equality, representatives of associations, foundations and Rroma federations, and members of Spain’s National Council of the Rroma People. 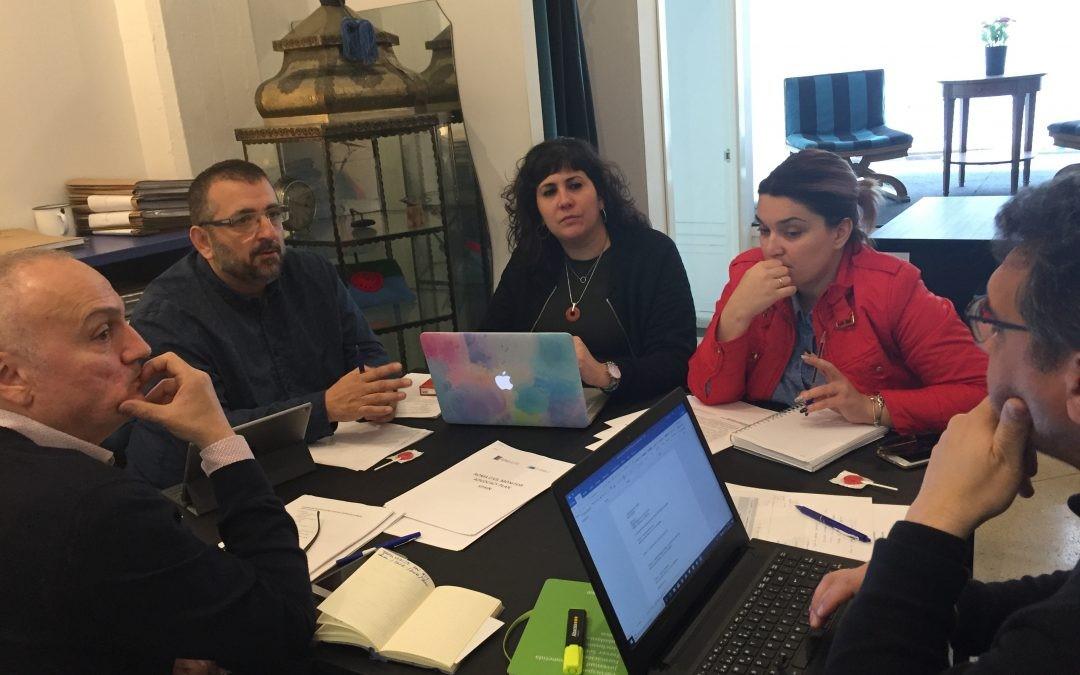 Roma Civil Monitor project in Spain to validate the latest version of the 2017 Report.

Over the past 15 years, the number of shanty towns in Spain has been significantly reduced, but many segregated areas remain that are mostly Rroma-inhabited and that lack adequate services, such as public transportation. It is the Ministry of Health, Social Services and Equality, in particular, its General Directorate of Services for the Family and Children, that plays the main role in advancing public policies to improve living conditions for the Rroma and to promote co-operation with NGOs in areas related to children in particular. Working groups of the National Council of the Rroma People coordinate with other ministries according to their “units of competence” – for example, in the areas of culture, education and housing.

Rroma participation in voting has long been low in Spain. A study of the 2008 elections found that most of the 20 electoral districts in Spain that reported the highest levels of abstention corresponded to districts with large concentrations of Rroma. One reason may the absence of Rroma candidates. Every election, the Unión Romaní runs a campaign called “As for Rroma, where are we on the lists?” to remind the political parties to include Rroma candidates. Recent developments indicate that this may be paying off – during parliamentary elections in May 2019, four Rroma candidates were elected to the Spanish Congress: Ismael Cortés for “United We Can”, Beatriz Carrillo for the victorious Spanish Socialist Labour Party, Sara Giménez for the Citizens party, and Juan José Cortés for the Popular Party (although he was not elected to the Senate in the subsequent 10 November election).

In the autonomous region of Catalonia, Rroma community interests have also been represented in the regional legislature through different parliamentary groups seated on various committees, with something called the Rroma Intergroup in place since the start of the 10th legislature in 2008. Rroma civil society believes this initiative could be applied to other regional parliaments as well as to the national Spanish Parliament.

Discrimination and hate crime are considered very serious by the Spanish authorities. Beginning in 2013, all Spanish provinces were assigned a prosecutor specializing in those areas only. However, Rroma people generally do not access the justice system because the administration of justice has been biased and racist for decades; years of brutal repression during which the justice system has been used by the state against Rroma means the community generally does not trust “gadje” (non-Rroma) justice. Despite the fact that laws were changed at the end of the 1970s and 1980s, police continue to repress Rroma on a daily basis in their neighbourhoods and at street markets where they work as vendors, and many prosecutors and judges act based on anti-Rroma prejudice when Rroma bring complaints to the justice system.

The civil society organizations contributing to the report have made several recommendations. They would like to see the Rroma National Council moved under the Ministry of the Presidency structure and given its own budget to develop its own activities and foster greater cooperation among the different ministries. They would like Rroma victims of ethnic discrimination to be provided with legal information, including support throughout the process of defending their rights. Similarly, the protocols that exist for police to combat discrimination and hatred are not being sufficiently applied, and civil society would like to see police carrying out more detailed investigations into the facts of cases involving ethnic discrimination and collecting data about the rates of crimes motivated by antigypsyism.