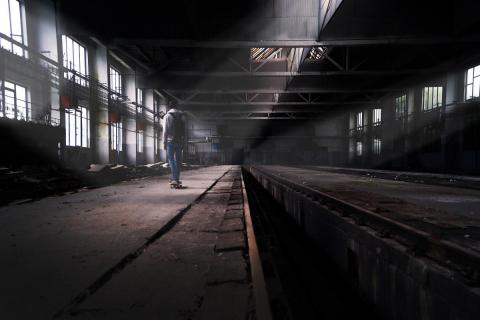 NGOST project aims to understand how school-to-work transition (STWT) occurs among the Roma young people, critically examining related policies and programmes and institutions targeting and/or reaching out to Roma youth.

For this purpose, I conduct a cross-country comparison of the development of STWT regimes particularly focusing on the role of non-state actors (NGOs) in their operation. My fieldwork follows three levels of inquiry: programmes/policies, key institutional players, and beneficiaries’ biographical experiences.

Multi-sited ethnographic fieldwork is a key element of this comparative enterprise. While the search for the Slovakian and Spanish research site is in progress, the Hungarian site has been successfully identified and fieldwork has been recently begun.

The case study in Hungary is being conducted in Southern Transdanubia (NUTS 2) by focusing on its capital city and surroundings. While I approach policies, policy actors, main decision makers, institutional actors and non-state actors (NGOs) in the capital city, the Roma youth - attracted by the capitals’ wider educational/training and labour market offer - cannot be limited to the city and its close surroundings. Thus, I am collecting data from young Roma men and women living in a diameter of 50km of the capital, having studied in a grammar, vocational or technical (high)school of the city, or, alternatively having ever worked there. This definition of the target population embodies a broad diversity of Roma youth in terms of gender, socio-economic background, urban-rural lifestyle, family composition, school path and academic track, school labour market / economic sector or within group linguistic/cultural differences.  Young people meeting the criteria are reached through NGOs, school professionals, researchers but also through the main researchers’ social network.

The regional capital city and its close surroundings show a striking difference with respect to Southern Transdanubia in general, which is most probably reflected in the STW transition patterns as well. The city is well above the Hungarian average in terms of school attainment: 54% of the city population obtained university degree or grammar-school diploma, as opposed to approx. 35% of the region and 43% of country-wide average (KSH 2011). As for employment figures in the county, where the fieldwork is carried out, those are well-below the average. High number of contracts are mainly due to public employment, particularly among the elderly, and to other active labour market policy schemes. In parallel, unemployment rate is higher than average. As mentioned before, the active population engaged in public employment and unemployment tend to be poorly trained, while the work offers target mostly those with vocational and technical training. In the chosen region, outside the capital city, more than half of the active population under 25 years of age are registered unemployed through the Public Employment offices.

In addition to historical underinvestment in Southern Transdanubia, and particularly in Baranya county, the population migration rate tends to be negative, which further widens the gap with respect to other Hungarian regions. Better educated, younger and employable population leaves the county for more affluent regions or for other European countries.

NGOST focuses on Roma young people, which is an extremely wide category. It includes families from different social classes, levels of education, labour market position or ethnic/cultural tradition. Further differences can be observed between the city and its vicinity and the county’s rural areas with a large number of small villages.

In the capital city, official documents historically distinguish between Vlah Roma and Boyash Roma communities. While Boyash communities were mostly employed by state-owned farmers’ cooperatives, or producers’ cooperatives (TSZ) as well as by mining companies, Vlah communities were more often engaged in commercial or transporting activities. Therefore, the city’s housing policies tended to target Boyash, rather than Vlah families. Since the 1960s, the city council has actively dealt with the problem of housing conditions of the Roma living in the forests in the city outskirts. Since the 1970s and until recently, in parallel with the decline of the activity of the coal mines, the population of miners’ colonies were substituted by Roma families and a trend of marginalization began. Beyond housing blocs and old miners’ colonies, several inner-city houses also served as municipality-run low-standard sheltered housing units, hosting large number of Roma families.

Like in many other Hungarian cities, school segregation is a central problem with respect to the Roma children. In 2007, 72% of disadvantaged students were concentrated in 6 out of the total 21 schools; and 79% of Roma children attended these particular schools. This phenomenon is of course, in part, is due to concentration of poverty and disadvantaged conditions, in particular, in urban areas. At the same time, within-school ethnic segregation was not detected (Neumann-Zolnay 2008) by the authorities. In the county’s rural areas, schools have catchment areas of several villages and competition among schools is lower than in the city. As a consequence, poor and often disadvantaged Roma children do not experience school segregation or differentiated treatment, at least in the lower elementary school years. Secondary school choice however is conditioned by a limited and unequal offer in close municipalities. Here, enrolment in desired academic or training track requires much more investment than in the city.

In the Hungarian secondary school system, social class differences among grammar, vocational and technical high schools are clearly marked. Lower prestige of the latter two is compensated by less demanding access requirements, quicker entrance foreseen to the labour market and a recently launched attractive governmental scholarship scheme that fosters training in “skills shortages” (demanded in the labour market). Thus, academically less well-prepared young people from poor and disadvantaged families (among which Roma are overrepresented) are concentrated in technical and vocational streams. For early school leavers, paid training courses or catch-up courses have been widely offered by Public Employment Services, private and public training centres, companies and NGOs through European and governmental funding. A particular feature of the city’s secondary educational market is a high-demand Roma minority grammar school with a boarding school scholarship scheme (Arany János Programme). Together with the “Romology” (Romani Studies) department of the local university and a “Roma College” for Roma university students, the Roma minority grammar school constitutes a particular context in which young Roma men and women are offered a sheltered academic path from late compulsory age till the end of university training.

Finally, it should be mentioned that the chosen research area is also rich in civil society organisations that have been carrying out social assistance, training and cultural activities that foster Roma young people’s labour market access in a variety of manners, through governmental, European and private funding. Most non-state actors offer those services with a complex targeting, there are also several Roma NGOs that focus only on Roma clients.

The above described mix of housing, social-demographic, and labour market conditions, together with the everchanging configuration of school and training system and active labour market policies compose a complex agenda for the ongoing NGOST research project.