The second round of  Roma Civil Monitor (RCM) reports on Greece reports that a Special Secretariat for Roma Inclusion has been recently established there to act as the focal point for collecting information, planning, and receiving complaints about the social inclusion of Greek Roma people. For the first time, the Greek state is holistically approaching the issue of Greek Roma exclusion and connecting employment promotion measures with the social areas prerequisite to being employable (education, health, housing and training). The state is planning to relocate Greek Roma people living in encampments in miserable conditions into better conditions and to improve Roma-inhabited neighbourhoods that are worth investing in. Data have been reported by researchers demonstrating that some environmental and socioeconomic determinants of health are negatively impacting Greek Roma, who suffer from comparatively poor health. Many difficulties also impede Greek Roma in accessing education. 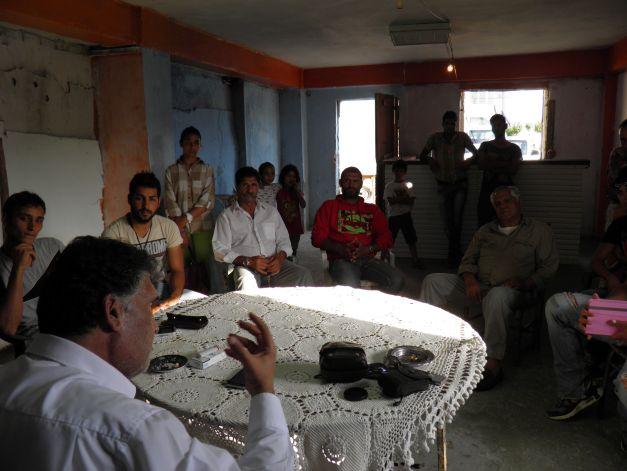 "Greek Roma are Greek citizens who are struggling to find the position they deserve to hold in modern Greek society," says Manolis Rantis of Hellenic Roma Action (HEROMACT), which coordinated the report.

The National Roma Integration Strategy 2011-2020 (NRIS) in Greece includes measures promoting the integration of Greek Roma into the labour market, and various policy sectors (development, economy, education, training) were reportedly involved in the design of those measures. The high rate of labour market exclusion of Greek Roma women due to their lack of education and professional skills is one area where specific measures either have been implemented or are planned to be implemented. The report also touches on the 2018 establishment of a Social Solidarity Income measure providing a monthly benefit to those who are economically the most vulnerable; many beneficiaries of this benefit are Greek Roma, as their standard of living is disproportionately low. The state has also been addressing the issues of informal work and open-air trading activities performed without authorization, in which many Greek Roma are involved; in 2017 the Government decided to abolish the very high fines and criminal penalties that were previously imposed against such persons and adjusted how the debts incurred by such fines can be repaid.

The report details well-documented cases of non-Roma workers committing fraud in order to access community mediation jobs requiring knowledge of the Romanes language. The Government had established that requirement to increase recruitment opportunities for Greek Roma to be hired by community centres and their Roma Departments. Some non-Roma candidates whose formal education achievements were superior to those of Roma candidates falsely declared they could speak the “Romani dialect” and were then recruited instead of the Roma candidates. The Government then introduced, by law, the “Process of Proof of Knowledge of the Greek Romani Language or Local Dialect” whereby a three-member special committee must test candidates’ Romanes language skills by means of a Skype interview and candidates who actually speak the language must be prioritized in the recruitment process.

As part of providing emergency housing assistance to Greek Roma living in inappropriate housing conditions, organized relocations have been planned that are reportedly being developed as complex types of social housing. The Special Secretariat has mapped Greek Roma settlements and categorized them as one of three types: Isolated encampments lacking basic facilities, mixed-type camps with informal structures on the outskirts of towns and villages, or neighborhoods with formal construction located in deteriorated urban areas. Municipal social housing is being developed that is intended to be used during a transition period between relocating from the settlements to eventually occupying regular housing.

Roma civil society recommends the Greek Government take advantage of the social economy and the skills of Greek Roma in the agricultural, artistic and commercial sectors to develop partnership initiatives between Greek Roma and non-Roma, not just so Greek Roma enter the formal labour market, but also so their integration can be accelerated by identifying non-Roma business partners to work with them to their mutual benefit. Other recommendations include researching municipally owned housing stock to assess how it can be used for social housing,  researching the causes of school dropout nationwide, and cooperation between the Labour Force Employment Agency, municipalities and Greek Roma communities on empowerment programmes for Greek Roma youth who have dropped out, either so they resume their education or so they choose the most suitable training programme to complete.