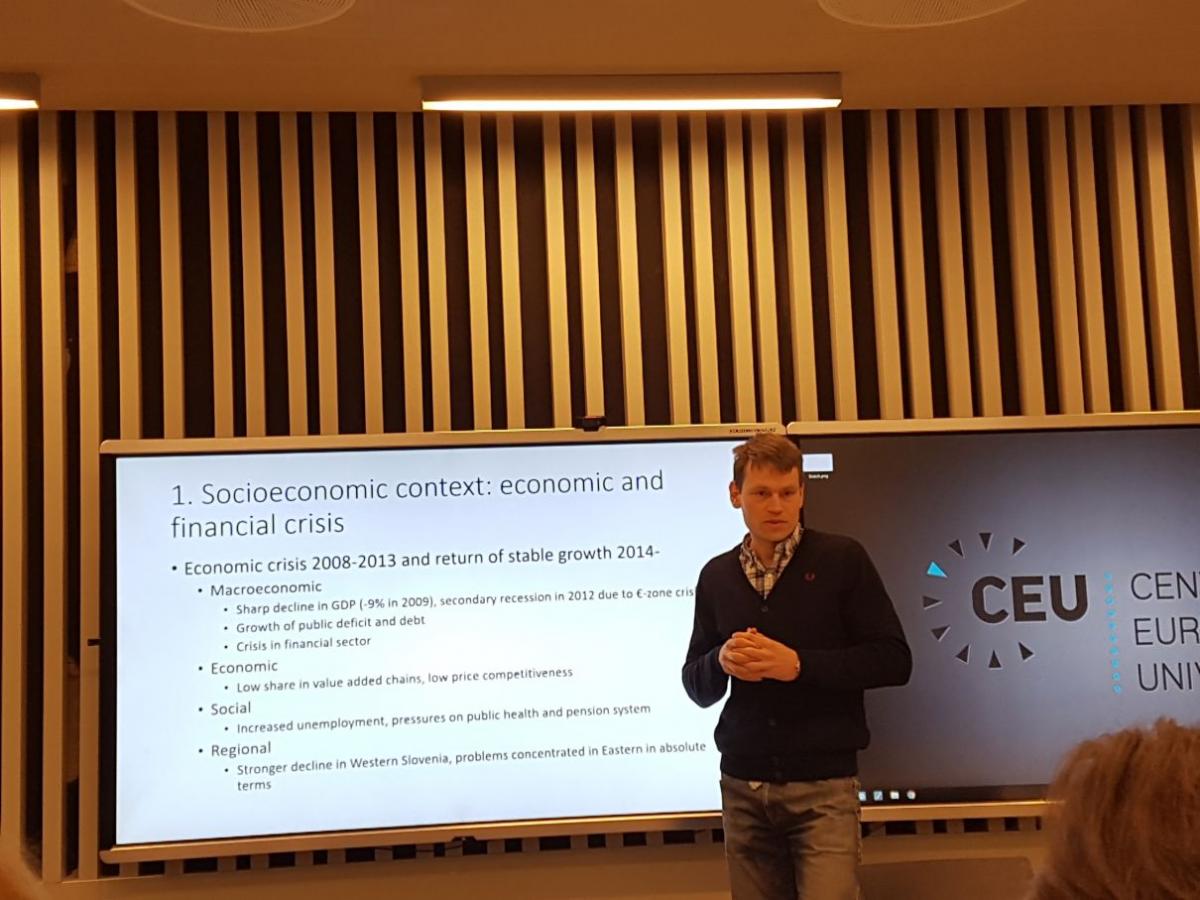 The presentation covered the Slovenian case study Marko Lovec, CPS Visiting Research Fellow, had performed as part of the COHESIFY project research requirements. The objective of this case study was to analyse implications of Cohesion policy for the European identity in Slovenia and it refers to programme periods 2007-2013 and 2014-2020 (up to the end of 2017).

This case study is based on mixed-methods design employing qualitative and quantitative methods (surveys of citizens and stakeholders, in-depth interviews, focus groups, documentary analysis, content analysis of political party manifestos and media framing analysis); and by adopting a cross-cutting approach with a common case study structure to facilitate comparative analysis.

Part 1 of the case study focuses on the socio-economic context and background of identity formation, whereas Part 2 focuses on the implementation and performance of Cohesion policy, including policymaker surveys and interviews. Part 3 touches upon the communication aspects in terms of the media and the effectiveness of communication strategies, based on the framing analysis, surveys and interviews public perceptions of Cohesion policy, and Part 4 on the impact of Cohesion policy on identification with the EU, drawing on the citizens survey and focus group tasks.

Communicating Cohesion in Eastern Europe. The Cases of Romania, Hungary and Slovenia

The Impact of Cohesion Policy on EU Identification (COHESIFY)