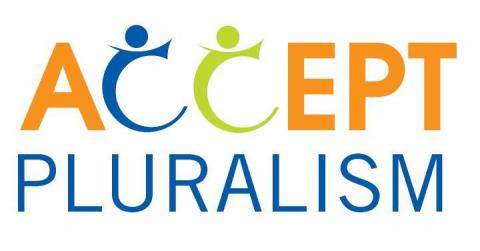 The Center for Policy Studies at Central European University has joined the research consortium “ACCEPT PLURALISM” Tolerance, Pluralism and Social Cohesion: Responding to the Challenges of the 21st Century in Europe, which focuses on issues of toleration and acceptance of ethnic and religious diversity in contemporary Europe. This European project investigates the meanings of tolerance in a variety of contexts with a special focus on ‘what needs to be done’ actually in Europe in order to proceed to more coherent societies, while respecting ethnic, religious and cultural plurality.

The launch of the Hungarian research activities within the project was held at the Central European University on January 21, 2011. The round-table discussion aimed to introduce the priorities of the project, its theoretical and empirical interests, and to provide a forum for NGOs that are working in the different fields of the ‘promotion of tolerance’. About fifty people from various backgrounds but mainly from civil society organization participated at the round-table discussion.

Session 1: Tolerance in education – the education of tolerance

Throughout the first session six NGOs took part in the round-table discussion. The aim was to discuss the ‘state of tolerance’ in present day Hungary and share their experiences. The NGOs are active in the field of tolerance education; they offer their services to schools as informal education.

The discussion started with the question of how the changes of the last couple of years have been perceived by the civil actors, how they have reacted to the rise of a more radical public sphere. The NGOs concluded that there are mainly two types of schools that they meet during their work. One totally refuses to let informal education on tolerance enter their institutions. The other is the opposite: they are happy to receive help on such ‘sensitive issues’. There are various motivations behind the refusal and apparently fear is one of the major causes. When the general attitude of the school management is not hostile to the issues of tolerance, then they avoid dealing with these delicate questions or inviting NGOs to help them to address these themes because they are ‘afraid’ of the reactions of their wider social surroundings (parents, local government, etc.). So they rather choose to hush up on these issues, in other words, as one of the participants said, there is no civil courage.

On the other hand, those who finally decide to deal with tolerance issues are very pleased to have professional assistance from the specialized NGOs. This is, they said, mainly due to the fact that teacher training in Hungary lacks education on how to approach questions related to minority groups and social, cultural, ethnic, religious diversity. This led the discussion to another crucial point that is the role of the state in tolerance education. Some thought that the type of education NGOs provide cannot be incorporated into the general curriculum. Others were arguing that the aim is to make all these grassroots activities part of the mainstream as much as possible.

Session 2: Alternative forms of political participation – the use of internet: community web-sites for tolerance

At the second session representatives of web-sites on tolerance issues shared their views on how they see the current situation in Hungary. They all agreed that in the early 1990s, right after the political regime change, the general climate was very radical, it was a time characterized by open anti-Semitism, anti-Gypsyness and xenophobia. The second half of the 1990s brought a more moderate climate. In the middle of the 2000s public discourse seemed to have taken a complete turn and with the rise of the extreme right hate speech became an accepted norm and it also entered the mainstream media of both left and right. The participants of the discussion disagreed on how the forums of the ‘alterative media’ (internet web-sites and communities) can and should influence the mainstream media as to how to deal with and talk about minorities.  One side said that the general climate is so hostile today that civil society and the small internet sites are helpless and weak to counterbalance the mainstream. The other side believed that their role is not to enter the mainstream media. They have no means to do that but also that is not their aim. They are convinced that there is a huge number of people who are constantly looking for alternative ways of expression and thinking and they find this in online communities. Many of the social activities today take place through the internet so there is a sizeable ‘tolerance seeking community’ that refuses the mainstream.  Therefore, it is crucial to continue providing these forums and (re)creating the ‘language of tolerance’.