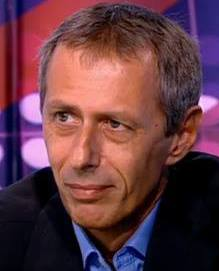 Peter has graduated as a historian at ELTE Budapest in 1983. Till 1994 he was the Head of the Research Group for Minorities in the Hungarian National Library of Foreign Languages. Between 1994 and 1996 Peter was the Head of the Directorate of Civil Relations in the Ministry of Culture and Education. Later he worked as a Research Associate of the Research Center of the National Institute for Public Education. From 1998 he was the Assistant Director of the Institute for Educational Policy in the Open Society Institute, Budapest. Between 2003 and 2007 he was the Director of the Center for Educational Policy Analysis in Hungary. Till 2019 he worked as the Senior Consultant at Expanzio Consulting Ltd. where he was working as an expert for various international organizations, such as the EU commission, OECD, UNICEF and OSF. Recently he is a Research Fellow at the CEU Center for Policy Studies.

His special field of interest is educational policy analysis and evaluation, educational governance and equity in education. He is teaching at various university programs at two faculties of ELTE and in colleges for advanced studies. Peter has published more than 70 studies and four books.

(All other publications are listed in the CV)

The Adaptability of Education Systems to Future Challenges in Context: an Analytical Framework