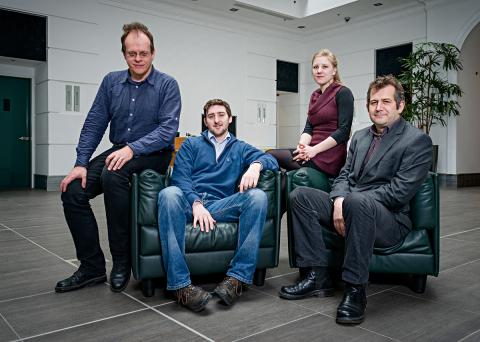 Although some still define Hungary as a country in transition, its membership in the Organisation for Economic Co-operation and Development (OECD) and the EU oblige that it give a percentage of its gross national income (GNI) to underdeveloped countries to assist with health initiatives, poverty reduction, and improving education. Even with a near 11 percent unemployment rate and a struggling economy, Hungary is still one of the 50 richest countries in the world, based on gross national product (GDP) per capita. Since May 2011, researchers from CEU's Center for Policy Studies (CPS) have been working on a comparative research project funded by EuropeAid that examines current approaches to development assistance in Bulgaria, Czech Republic, Estonia, Hungary, Latvia, Poland, Romania, Slovakia, and Slovenia.

The EU goal for new member states is to give 0.33 percent of GNI by 2015. However, in Hungary – as with many other European countries – actual spending on development is not close to these targets. In 2011, Hungary allocated 0.11 percent of GNI.

“The point is to look at the new EU member states as development actors – those who are involved in the delivery of official development assistance on the state level, NGOs, and in the private sector,” said Andrew Cartwright, a research fellow at CPS and the project leader. “New member states, in a relatively short amount of time, have become significant players. In 2011, the Hungarian contribution was 100 million euros, so we're not talking about small amounts of money.”

Anna Selmeczi and research assistant Alexandra Lazau-Ratz carried out one of the first comprehensive surveys of Hungarian NGOs working on development issues (NGDOs). They created a database of active organizations, including well-established groups connected to international partners and smaller, volunteer-based groups. The team created and distributed a survey which 29 groups completed, as well as conducted interviews and focus groups to explore issues in more depth.

“Hungary doesn’t have an established background as donor country, and Hungarians in the 70's and 80's were not engaged and involved with development activities,” Lazau-Ratz said. “This might help explain, at least partially, the general lack of public interest towards development assistance today.

Despite these polls, the research also identified a stable and capable sector of NGDOs, with many organizations already taking part in a range of international development activities. Over the past five years, Hungarian NGDOs have been carrying out development or humanitarian work in 76 countries. NGDOs have played a significant role in Hungary's commitments in Afghanistan and Iraq, and they have been present in major humanitarian efforts such post-earthquake aid in Haiti, and assistance in countries affected by the tsunami.

“There is a huge gap between what Hungary gives directly to other countries and what it gives through international organizations like the UN,” said researcher Marton Leiszen. “For example, in 2006, there was more bilateral aid, but now, multilateral aid far outweighs bilateral aid.”

The research found that Afghanistan receives 29 percent of Hungary’s bilateral aid. According to figures from the Ministry of Foreign Affairs, 21 countries received more than 90 percent of bilateral aid between 2008 and 2011. These are often countries that Hungary has historical ties to from its past donor experience, such as Vietnam and Palestine, but they also include countries where trading and diplomatic connections have more recently been established, such as Kenya and Nigeria.

In some cases, the research found that levels of aid and trade increased at the same time; for example, with Kenya. In other cases it was the opposite; perhaps unsurprisingly, trade with China increased, while aid decreased and was eventually discontinued in 2011. “In the private sector, small companies with trade-based relations dominate,” said researcher Attila Bartha. “These are companies in sectors that could closely align with official development assistance like agriculture, manufacturing, and water-supply services.”

As each EU member state creates development programs that draw on unique culture and strengths, so too can Hungary. The team emphasizes that Hungary's thriving education system can be used as an asset to promote the positive change that development aid can produce. “One of Hungary’s key strengths is its educational infrastructure. This can be utilized not only for supporting the Millennium Development Goals abroad, but also as a chance to involve schools, colleges, and universities in Hungary, said Cartwright. “More opportunities for people to have face-to-face contacts can help change the image of development, give it a human face, and help reduce the perceived distance to far away places.”

The project will culminate in June, when the CPS team meets with the other 27 researchers involved in the project to present their final results at a conference in Bulgaria. The executive summaries and the final draft versions of the policy papers are available on the Center for Policy Studies web site: https://cps.ceu.hu/news/2013-03-07/trading-places-hungary-and-official-development-assistance-presenting-final-research.