Blog: Historians and regional policy-making: The perspective of a political scientist 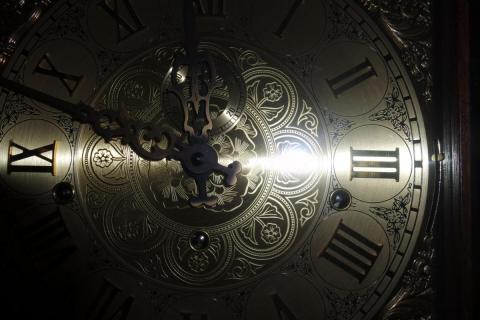 History matters for current politics. In this time of populism and nationalism, we see how national leaders utilize and sometimes rewrite history for political ends: Poland protests when a Netflix documentary places concentration camp locations on a map of today’s Poland.

Hungary’s ‘court historian’ Maria Schmidt gets published in New York Times to save her country’s honor based on historical arguments. Brazil’s far-right leader Jair Bolsonaro seeks to have the country’s history rewritten.

However, when it comes to actual policy-making at lower levels of government, history seems to be short, and indeed, in short supply. When DG Regio publishes its innovative Regional Competitiveness Index, a tool  for policymakers to craft regional policies for the upcoming seven years, it cautions that even comparisons over time back to 2007 should not be taken too literally. Far away from the type of high-level ideological politicking depicted above, policies are supposed to be evidence-based and supported by research to be legitimate. Regional policies devised within countries and at EU level are full of references to the need for expert input and research on what works or doesn’t. This trickles over to funding for research, where EU and other funding sources usually require detailed plans on how research related to regional development can be turned into practical policy use.

As a political scientist, I am used to analyzing the problematic aspects of this in relation to issues of power and implicit ideological framings. However, my experience of being part for more than two years in a research network through which social scientists such as myself teamed up with historians has made me think harder to what extent we make use of history to really understand what is going on in regional development. A new edited volume based on cooperation within this network - which I co-edited with Dutch historian Marijn Molema - showcases a number of innovative ways through which both regional development and regional development policy makes more sense if seen through a longer time-frame than the most recent two or three funding cycles of the European Union.

My participation in this network and our discussions around future collaboration projects have also repeatedly made me think about a question that I had not even thought of before: what role is there for historians in the pursuit of policy-relevant research and evidence-based policymaking for regional development? Can we think about the ways in which evidence-based policy-making becomes knowledge-based and make those ways inclusive of historian? How can we truly make space for historians among the randomized experiments, indexes, scorecards, stakeholder interactions and policy evaluations that constitute the tools of the trade as I – the political scientist and social scientist - know it? And what would such an inclusion look like? I believe that there is much to gain by inviting more historians to the table in the local forums where regional policies are discussed and decided. Let them comment and brainstorm around plans, strategies and alternative policy options. Maybe there are already many examples of these practices out there, in European regions and beyond. If so, I, together with the lead editor of Regional Economic Development and History, are waiting to take the discussion further.