The Frontier within: The European Border Regime in the Balkans 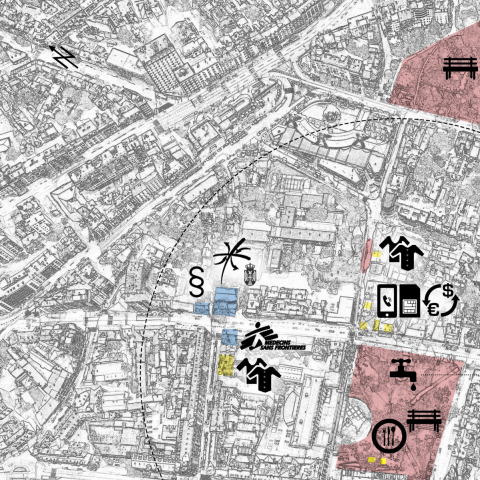 On the fifth anniversary of an unprecedented break through the restrictive and repressive European border control regime, movements: Journal for Critical Migration and Border Regime Studies prepared a special issue dedicated to the historical rupture of the months of 2015 and 2016 and the ongoing developments of bordering policies and the struggles of migration. The special issue The Frontier within: The European Border Regime in the Balkans assembles a broad range of contributions that challenge dominant perceptions of the Balkans and the restrictive European border regime and engages in the critical analysis of its fundamental mechanisms, symbolic pillars and infrastructures. There is a direct line from the fire that ravaged the Moria refugee camp only 10 days ago to the escalating de-humanized conditions at the Balkans where several thousand people are stuck due to a European policy that has nothing to offer except deterrence, militarization und brutality. In this respect, also the upcoming so called "New Migration Pact" by the EU Commission will present the old recipe rendering the Balkan even more to a buffer zone.

The article is available at Movements, Special Issue, Vol. 5, Issue 1/2020: "The Frontier Within: The European Border Regime in the Balkans" here

The Frontier within: The European Border Regime in the Balkans gathers diverse formats of academic articles, reports, interviews, and essays. Some of the formats strive to find creative ways to circumvent the dominance of linear verbal explication and indulge in narrative fragments, interviews, maps, and graphs. All of the following contributions are grounded on extensive research, activist, volunteer or other involvement, demonstrating that everywhere there is also resistance, solidarity and a counter-knowledge-production.