Blog: Preliminary review of the fieldwork data from Slovakia 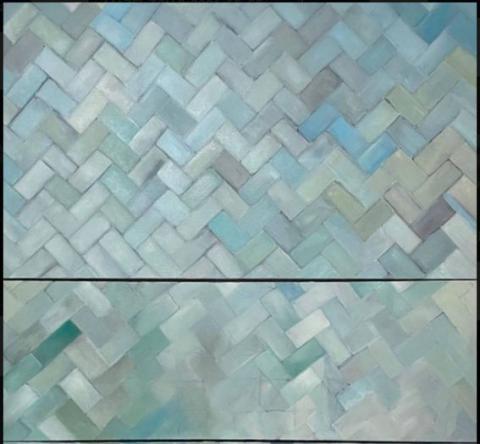 NGOST is a 24-month comparative research project conducted in three EU countries: Hungary, Slovakia and Spain. It aims at critically examining policies and programmes that support school-to-work transition (STWT) reaching out to Roma youth. It focuses particularly on the ‘NGOization’ of STWT programmes, that is the delegation of state functions to private entities, as a technique of neoliberal governance of minorities.

The choice of Slovakia was strategic in the project for two reasons. On the one hand, Slovakia a post-socialist country, did not follow the same line of political and economic development than Hungary in many senses. This is evident in the light of its social and employment policies, and particularly its national Roma inclusion strategy, and the management of the school-to-work transition of the Roma population. This first aspect offers a great comparative potential both with neighbouring countries, such as Hungary as well as with Spain, that is generally considered as a country with a Mediterranean model of welfare policies. On the other hand, the fieldwork focused on the ethnic-Hungarian Roma population that lives in South-Central Slovakia, in the regions of Gemer and Novohrad. Their situation, as a double minority, is particular.

The outbreak and the lasting presence of Covid pandemic (lockdowns, security-measures, restricted mobility, etc.) have made it impossible for us to conduct the planned fieldwork with the help of the previously contacted local agents. After repeatedly frustrated intents to travel in person to the region, we decided to carry out interviews through facebook messenger and other online applications. A local informant with whom we could establish very strong and trustful relationship helped us reach out to a lot of Roma young people, mostly workers or unemployed.

“In the initial period of industrialization of Slovakia, these territories were just marginally touched by the industrialization processes, or in a secondary manner only, i.e. there were no greater investment activities localized there that might have led to any expressive changes in their economic and civilization character, or in the corre­sponding social structure (reflected into the quality of the social potential) and this must have found its reflection also in the existing living conditions and living standards of the respective communities.” (Gajdos 2005)

“Already in the 19th and the first half of the 20th century, many of the Slovak regions [ex. southern parts of Gemer, Hont and Novohrad] were left without any more significant investments, or with the in­dustrial activities of the kind of primary raw mate­rial processing mostly, aiming at exploitation of the labour power of a lower qualification level mainly.” (Gajdoš, 2005)

“In the second half of the 20th century, the belated and considerably deformed processes of the “socialist industrialization and urbanization” have overcome the marginality of certain territories, but at the same time conditions (actual or latent) have been provided for its formation in other territories, or its deepen­ing in the already existing problem territories” (Gajdoš, 2005). “High regional differentiation gets manifested in economic and human potentials, in a considerably differentiated educational level, in the unemployment rate, dislo­cation of labour positions, but also in the housing capacities” (Gajdoš, 2005)

While the observed region remains far from Slovakia’s capital city and the most developed Western regions, its proximity to Northern Hungary, and the Hungarian cultural-linguistic tradition creates access for the population to both the labour market and consumption of this neighbouring country. The above-quoted author considers this region of “heavy problem type” in his typological differentiation of regions by specific category of marginality: “The weakest point of this type concerns the employ­ment sphere. It results in the unfavourable social situation and unfavourable economic productivity efficiency. Another extremely weak point concerns the low levels of education, urbanization and tech­nical services and information infrastructures.” (Gajdoš, 2005)

Interviewed population in Gemer and Novohrad

Gemer has long been a multi-ethnic region, with major Roma population, at least since the 17th century (Prónai, 2005). Nevertheless, our research has focused on Roma people and Roma and non-Roma stakeholders in public and private services such as education, training, guidance, employment or social assistance.

Main researcher and assistant researcher have conducted 27 interviews with young Roma people, and further 8 with experts of different typology (detailed later on). The common denominator is that they all were born, or lived for a longer period of their life, in close to the border region between Gemer and Novohrad. They are also, all Hungarian-speaker, or ethnic-Hungarian Roma.

The greatest number of interviews has been collected in a workers’ dormitory, all of them working for a multinational TV factory in Nitra. Working far from their home-village or hometown is a usual lifestyle, as in their region job offers are extremely limited.

In terms of level of finished studies, the largest pool of informants has finished their compulsory elementary school training, without having participated in any further training. 6 interviewees finished VET, while 5 finished grammar school (upper secondary that grants an A-level certificate). Only 1 among the interviewees finished university studies.

Certainly these 27 interviews are not representative of any aspect of educational, employment, geographic or socio-economic inequalities of the region’s Roma population, that are the main underlying issues. These interviews, nevertheless, can offer an insight into the lives of people who are overrepresented in the statistics of segregation and vulnerability due to ethnic-racial and besides linguistic reasons.

Although the analysis of the data is still in course, there are some generalisations we can draw from the interviews, that we will further detail in upcoming publications.

What we previously knew about the region has become evident from the interviews. The villages and small towns of Gemer and East-Novohrad are poorly connected with the main industrial and business centres of wealthier regions of Slovakia. While the cost of living is somewhat lower, wages are also lower than elsewhere and public services hardly compensate bad economic conditions. Schools and training centres, health centres, social services and employment are unevenly distributed letting less and worse options for those living in this region.

Most interviewees do not count on private transport, and they cannot cover the cost of it, which made them extremely difficult to study and search employment opportunities outside the direct geographical context. It is less usual that a person travels alone to a distant place, partly because of the cost of transport. We could not find good practices of promoting geographic mobility of families of the region. The only examples were transport to school.

This is broad and fundamental part of our enquiry. In our sample many students went to local rural schools or the closest urban neighbourhood school. Often, due to the ethnic composition of the villages and neighbourhoods, schools were Hungarian-speaking and Roma-majority centres. While we collected few experiences of discrimination, the primary school quality strongly conditioned lower secondary school choice. Only few of our informants could make a well-informed decision. It leads to another relevant aspect which is guidance: according to the informants, teachers tended to guide them towards low-level, easy-to-access vocational training school, often without the chance to continue an academic training. Those who finished VET courses, found themselves in a highly competitive labour market in which, either their studies did not result competitive enough, or the labour sector of their specialty was too limited in the region to offer them enough job opportunities.

Another aspect that came up in the interviews was special schools. For administrative/financial reasons small village schools have the option to become of “special school status”, with higher per capita quota. Special regime, however, alters or blocks the academic and hence employment trajectory of those pupils.

Another decisive factor is the language of schooling. Some, better informed families decidedly chose Slovakian school, because particularly in Hungarian-speaker communities, Hungarian schooling does not allow children to obtain a level of proficiency in the state language, that would be necessary for further schooling. Most interviewees studied in Hungarian schools, and their limited command of Slovakian meant a barrier for them for further studying. At the same time, better informed families’ flow from these schools contributes to school segregation, by language and socioeconomic status, and sometimes ethnicity.

We could not identify economic, pedagogical or other support/guidance services and activities, such as after-school classes, other than those targeted to Roma students. Roma Education Fund is active in the region (though less than in Eastern Slovakian regions) with an extra-curricular talent-nurturing programme and scholarship schemes. Nevertheless, the volume of this scheme is too low to include a significant number of students. The selection process is based on good previous academic performance, which means that it – as other schemes – seems to support the most talented Roma students. Those who cannot make it, due to multiple vulnerability, cannot access this one either.

State-socialism contributed to the social mobility of the Roma population incorporating them mostly into industrial activities. However, subsequent transition period had adverse impact on underdeveloped regions, and particularly for the Roma. Some interviewees achieved, rather than higher, lower level of schooling than their parents due to shrinking opportunities to social progress.

Being a Roma, that is ethic identity, does not seem to be a central issue among the ethnic-Hungarian Roma in Slovakia. Nevertheless, ethnic solidarity works as an important asset in their strategies to access the labour market.

Scarce employment opportunities in the region have long pushed people, and among them, Roma people, to migrate. Historically, many were attracted by the Check heavy industry and mining. Already before the EU accession, Austria became an attractive destination of labour migration (more often temporary), and afterwards Austria, Germany and Hungary – among other countries. On the Slovakian labour market, work conditions tend to be bad: low wage, temporary contract, necessity to take employment far from home. Their main form of employment is through temporary employment brokers, often Roma themselves.

Similar to the school system, Roma young people and interviewed stakeholders have reported ethnic-racial discrimination among Slovakian, which makes for them school-to-work transition fairly challenging and appears as a relevant factor that conditions transition related aspirations of interviewees. All the above-described aspects serve are preliminary reflections to begin with a deeper understanding of individual cases of STWT.