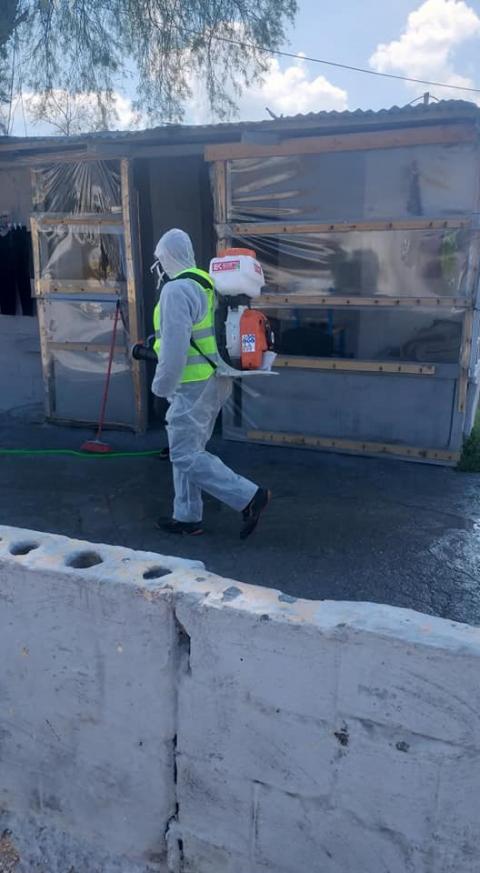 The article is a compilation of information from different sources by Marek Hojsik from CEU CPS, and Manolis Rantis and Sia Siapera from HEROMACT (a part of Roma Civil Monitor in Greece).

To help Greek municipalities with segregated Roma camps and settlements in fighting the epidemic of Covid-19 and to protect their vulnerable populations, the Greek government created an emergency fund with an allocation of 2,255,000 EUR, the Ministry of Interior reported on 27 March.

From the ministry’s budget, amounts from 5,000 to 60,000 EUR were allocated for 98 municipalities for measures such as:

Even before the State funding, several municipalities had engaged in activities to protect the most vulnerable groups, including people affected negatively by economic crisis and Roma. The deputy mayors of Chalandri (75,000 inhabitants, belonging to Northern Athens sector) , Mr. Kostas Gerolymatos and Ms. Elena Christouli, together with the local Roma mediator, Ms. Elena Desiotou, visited the Roma camp to raise awareness of its inhabitants about the virus and the need to stay at home as well as what hygienic measures prevent spread of the virus, and  to strengthen solidarity among citizens who go to buy food for their most vulnerable neighbours. The municipal social grocery shop distributes food, protective gear and disinfectants. The local government will also demolish the shelters left behind by Roma families who have been relocated into social housing in the town, immediately remove the waste and disinfect the camp site.

Mr. Manolis Rantis and Ms. Sia Siapera from HEROMACT have been involved in the Roma Civil Monitor (RCM) pilot project, and developed and coordinated monitoring reports on the Roma inclusion policy in Greece.

The RCM pilot project is carried out for the European Commission, DG Justice and Consumers. It is coordinated by the Center for Policy Studies of the Central European University (CEU CPS), in partnership with the European Roma Grassroots Organisations Network (ERGO Network), the European Roma Rights Centre (ERRC), the Fundación Secretariado Gitano (FSG) and the Roma Education Fund (REF) and implemented with around 90 NGOs and experts from up to 27 member states.

The opinions expressed in these blog posts are the sole responsibility of the authors and/or their organizations. The CEU Center for Policy Studies is not responsible for any use that may be made of the information or opinions contained herein.